The fall lineup featured building-block pieces to mix and match, but with a DVF twist — delightful prints that say “notice me.” 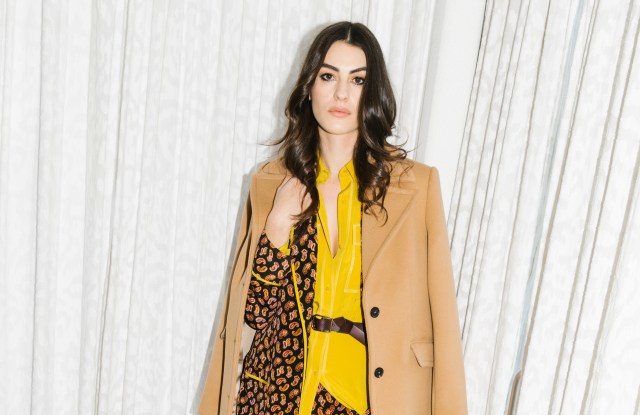 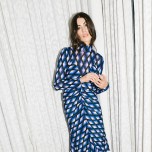 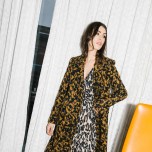 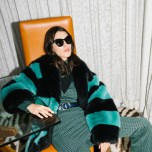 Diane von Furstenberg is a woman of purpose. Or multiple purposes, if one considers her various philanthropic endeavors, including her current mega project, leading the fundraising for the new Statue of Liberty Museum opening in May. But her long-term, primary professional purpose is female empowerment through fashion. “I was lucky to become the woman I wanted to be,“ DVF said during an appointment showing of her fall collection. “I would love to be remembered as somebody who also helped a lot of women be the women they wanted to be.”

She also wants to pass the torch of day-to-day involvement in the company, and thinks she may finally have the right people in place to facilitate that distance. Ceo Sandra Campos — for whom von Furstenberg named the collection “Boss Lady” — came on board last year. She introduced von Furstenberg to a young designer who came in and worked on developing the collection, already underway. Though disinclined to give the young woman’s name just yet, DVF loved her work, and with Nathan Jenden having formally exited his role as creative director, she will likely hire her as the brand’s next chief designer. “As she put things together it hit me,” DVF said. “It’s about formula dressing. You can have three pieces and five outfits. It’s about being solution-driven and all that.”

At the core: a time-honored concept that works — building-block pieces to mix and match. The spiffy twist is that while such pieces are often generic and typically in solid neutral colors, these are as DVF as it gets — delightful prints that say “notice me,” but most are calm enough to own in multiples.

Her first look out: smart camel coat over paisley robe over terrific marigold shirtdress (the kind of go-to item that makes sense to buy in multiple versions), over paisley p.j. pants — very languid-chic. Campos asked the model to ditch the loungewear elements. Voilà! Smart career dressing in a fluid shirtdress. The pants can be worn with a black sweater, the robe over a dress. Keeping it all fresh: layering multiple pieces of the same print. A newspaper pattern of actual DVF clippings — “I did [newspaper] before Galliano; I can prove it,” von Furstenberg said — came in midcalf skirt over short wrapdress over skinny turtleneck. A woman can lose the office-appropriate skirt and step out at night in the short dress, or she can put the skirt under the dress for a layered effect. You get the idea. The amusing DVF signage was the most novelty of the prints. More versatile options came in animal prints and a purple, black and white diamond motif in a slipdress over long-sleeve top, with the pattern in different directions. It sounds busy, but it worked.

The aura of DVF the woman is so integrated into any discussion of her brand that it can overpower the focus on the clothes. These smart and well-executed clothes had a low-key sensuality, and the looks never turned cumbersome, despite the layerings. They looked great. “It’s all to give women confidence,” von Furstenberg said. “That’s my mission in life.”