Tahari leaned into roots with a look back to the seventies, where he began 45 years ago. 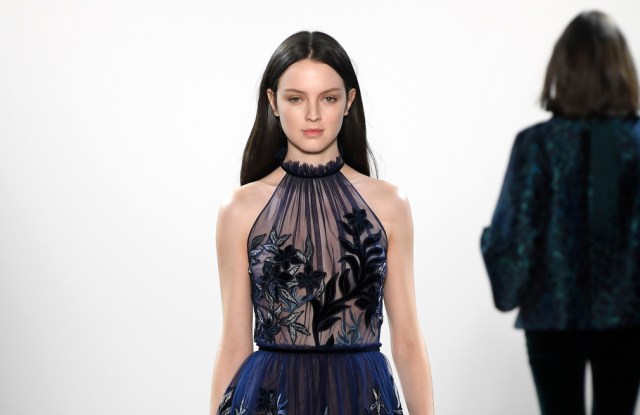 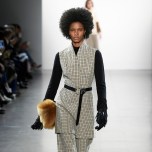 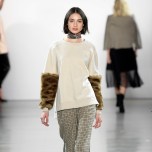 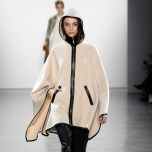 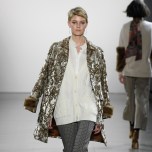 Designer Elie Tahari has a lot to celebrate. This year marks his 45th year in business in an industry that has seen many of his contemporaries be sold off, dismantled or just plain disappear. But not Mr. Tahari; he is still very much here.

For the last five years, the designer has shown his collection at private appointments in his showroom or presentation style, but this season, he made a celebratory return to the runway.

“Where did the time go?“ Tahari asked with a laugh backstage before the show. “But this is a way to celebrate where I’ve been.”

And look back he did, to where it all began, the feel-good decade of the seventies. ”It is Lauren Bacall and Bianca Jagger,” he said. “It’s about confidence and attitude and independence.” His show notes deemed it, “Women of the Year.”

As the Smiths blasted, Tahari’s cast of confident women stepped onto the runway, first in a section of neutral separates, such as a tunic top over a straight-leg pant, or a short beige knit top over a leopard skirt that hit just above the knee — his take on an urban woman’s work wardrobe.

But as the show picked up steam, his look back to the seventies really came into shape, moving into a darker color palette of sunset purple jewel-toned dresses and separates. Highlights included a long tulle dress with gold leaf appliqué paired with a double-breasted navy blazer with gold plaid details and a purple sheer top with gold iridescent accents paired with a wide-leg purple pant with gold chain belt detail. Each look was an unexpected way to do evening.

Christie Brinkley closed the show to cheers, walking in a green suit with matching scarf with metallic fringe (her daughter Sailor walked earlier in the lineup). Their appearance on the runway underscores what Tahari has been cooking up for the past 45 years, powerful clothing for real women, elevated in luxurious fabrics, aiming to give his customer a way to reinvent her wardrobe each season.