Gabriela Hearst's fall collection was inspired by the fortitude and grace of the great Bolshoi ballerina Maya Plisetskaya. 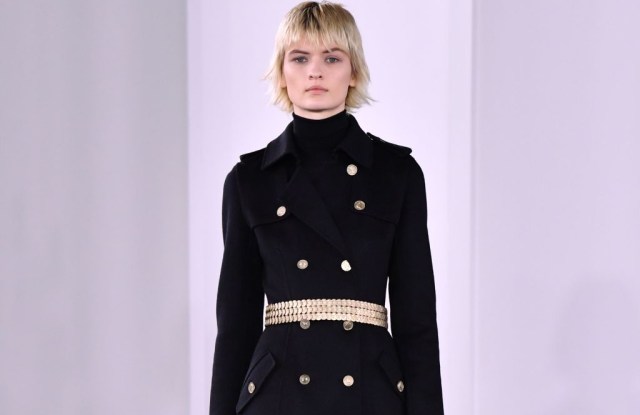 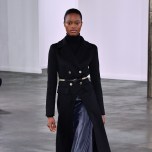 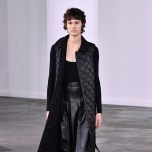 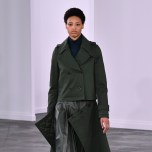 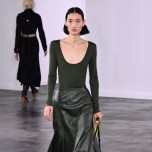 A calm, powerful grace underscores Gabriela Hearst’s approach to business overall, as well as the way she shows. Once again, guests arriving to her venue found a beautiful, no-waste lunch buffet (the leftover vegetables were used for a consommé), and she takes an unexpected approach to her often high-minded themes. One would expect a ballerina-inspired collection to feature diaphanous dresses and rehearsal-derived body-con knits, but not so from Hearst. In the first collection after LVMH took a minority stake in her business, she continued her penchant for discreet invocation of a theme.

While reading the autobiography “I, Maya Plisetskaya,” by the great Bolshoi prima ballerina, who died in 2015 at the age of 89, Hearst was inspired by the woman’s style and also her mettle. Plisetskaya’s father was murdered by the Stalin regime; as an infant she spent time jailed with her mother in a gulag. That she rose to become an international star during the Soviet era suggests an inner strength that would naturally appeal to Hearst — women of substance are her market.

As for the style part, while Hearst alluded to dancewear in the vaguest of terms — a scoop-neck leotard top with fluid leather skirt — she mostly mused on what Plisetskaya’s style might have been off stage in Moscow where she lived and walked daily to the theater, as well as at her dacha in the country, and how the two wardrobes might differ.

City dressing focused on impeccable tailoring with a military current, particularly the show opener: a coat precision-cut to near austerity, with buttons and a belt made of replicas of coins from Hearst’s native Uruguay, She offered plenty of more relaxed alternatives: a trench with a quilted cashmere lining and in full-on country mode, big fringed shawls and a colorful coat and matching blanket woven of strips of multicolored double-faced cashmere. That dichotomy emerged elsewhere as well, for example, in the contrast between a slim, waist-conscious pinstriped suit and abundant sweaters with matching mufflers atop front-slit skirts. Yet ease dominated, whether in long, linear knit dresses, some of which injected additional color into the mostly neutral lineup; a sky blue skirt wafting from beneath a fitted blazer; for evening, a gentle, buttoned-up white shirt and billowing skirt.

It was all beautiful and serene, if not exactly minimal. Given her obsession with luxury, Hearst avoids design tricks that could date her work. She makes her clothes to last.

In keeping with that premise, Hearst has become very sustainability-conscious, in ways big and small. Case in point: the pillows on her show seats. They were made from the collection’s leftover cashmeres and wools and intended for guests to take. “This idea of measuring our consumption,” she said, “is a good standard to have.”