The designer unveiled her pretty and feminine collection at her personal version of Westminster, the Roseminster Dog Show. 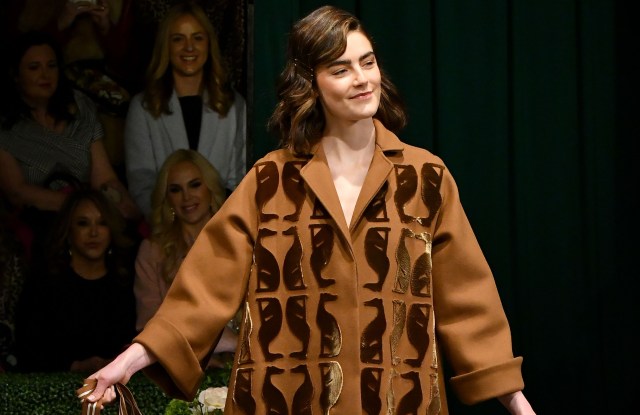 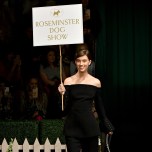 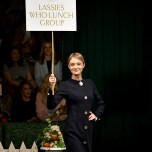 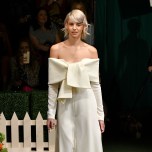 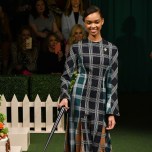 “This is about a chic woman walking her dog, but instead of being on Fifth Avenue, she is in a dog show,” said Lela Rose backstage at her runway show on Monday afternoon. While a few blocks away the Westminster Kennel Club dog show was taking place at Madison Square Garden, the designer hosted her own personal dog show — the Roseminster — presented by Robert Verdi and Jenna Bush Hager. Along with showcasing a group of adorable dogs of different breeds, it offered a rich dose of charming, feminine fashion.

Inspired by her love for dogs — Rose’s Norwich Terrier, Bobbin, is a constant presence at her side — Rose incorporated images of cute pets in almost all the designs, ranging from a blue mididress embellished with customized cameo-inspired buttons, a pair of pants with metallic dog-identification tags, as well as silk, fluid frocks and trousers splashed with an arty pattern mixing flowers and dogs.

Even if the dog theme was prominent in the lineup — case in point: a camel coat embellished all over with intarsia velvet greyhounds — it didn’t draw attention away from the exquisite sophistication of Rose’s fashion proposal, which included chic frocks and skirts in a patchwork of plaid motifs, dresses with plissé details punctuated by pearls, as well as cozy cable-knit sweaters and cardigans. Though certainly less appropriate for walking dogs in the park, the beautiful evening off-the-shoulder and bustier gowns were masterfully crafted from precious brocades with metallic accents and romantic floral fil coupé organza.

While the collection was unquestionably pretty and chic and Rose’s intentions were undoubtedly only the best, the show itself raised questions about the appropriateness of using pets for public entertainment. While some of the dogs in the show actually looked confident and calm, others openly looked uncomfortable on the stage, especially being escorted by models and not professional dog handlers.