One of NYFW's creative drivers. Raul Lopez continues to finesse his brand of deconstruction. 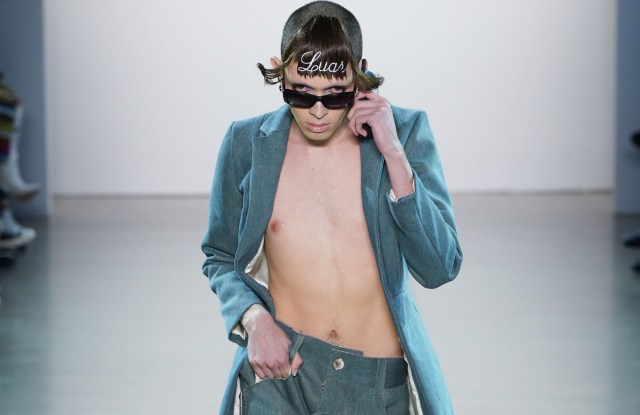 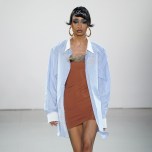 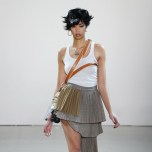 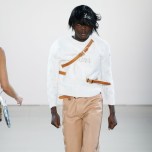 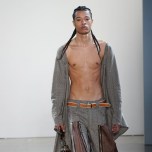 It’s been a long week of quite tame fashion in New York with the exception of some bright spots. Young brands have emerged as the ones fueling the excitement: see Tomo Koizumi, Jonathan Cohen, Sander Lak of Sies Marjan and Area’s Beckett Fogg and Piotrek Panszczyk — who are all pushing eccentric tastes both loud and committed, wearable or not.

Luar’s Raul Lopez certainly falls in the category of creative drivers. He was a finalist in last year’s CFDA/Vogue Fashion Fund, and his spring 2019 show during the span of the competition was a step toward finessing his brand of deconstruction.

His fall show continued that thread with a narrative that felt inarguably authentic to the designer’s aesthetic approach. “Nineteen-ninety-six to 2005. It was the best era of fashion,” he said backstage after the show. “Women got sexy again. Women wanted to show body, face, hair, makeup, nails.” He name-checked a few of his female idols during that time, including Mary J. Blige, Celine Dion, Toni Braxton and Lil’ Kim, whose sprayed hair back in the day inspired the show’s beauty look.

The sex appeal came through in iterations both direct (a mini fur-trimmed dress), and profound (an asymmetrically draped top with skin-baring side cutout; a tank top paired with a half-mini skirt, half-trouser combo). He certainly didn’t abandon his more experimental inclinations, either, with big pants that could unzip down the front to become even bigger, an oversize leather jacket with no arm holes, or a loosely draped pinstripe dress with belted contouring. Tailoring was notable for the hidden zips and buttons that allowed for customization.

He added that 2001 was a pivotal moment in his life where he was just finding himself, and you could imagine how his DIY approach to fashion was born then: “Finding my gender and how I really wanted to express myself. I remember then I just kicked the door down and was like, ‘I’m here, I’m going to shut it down!”