Saying goodbye to the rules and regulations that used to dictate Rodriguez' schedule has given him a new freedom. 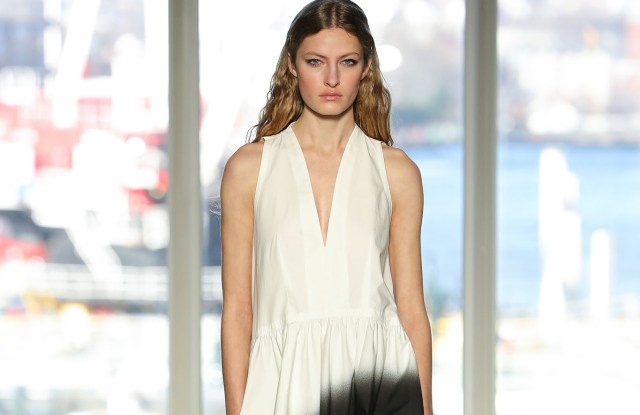 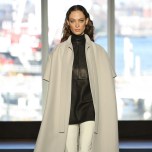 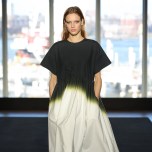 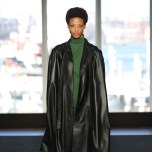 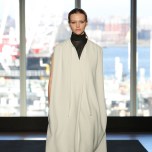 Narciso Rodriguez’s decision to shift his show schedule to a June-December cadence is working for him. It works for him personally — he has no intention of sacrificing his August vacation now that he has two young children. And it works for him professionally — even before Rodriguez made the leap, he had scaled down his runway show to extremely intimate (under 50 people) presentations. The same setup during this nascent December fashion week felt aligned with his business model: specific, focused, not for everyone. That’s all before we even get to the clothes, which were spot on.

“That was very emotional,” Rodriguez said immediately following his fall presentation of 20 looks shown via an ultra-private runway at the Standard Highline. “It’s really forging a new moment, for the company and for me as a designer.” Saying goodbye to the rules and regulations that used to dictate his schedule on and off the runway has given him a freedom to explore and express new ideas within the collection. For example, “I would never have thought to open a fall collection with a cotton dress, but it’s a new world,” he said, referring to a loose cotton dress with an Empire waist and full skirt. It was white on top and bled into black on the skirt to create a refracted light effect. Light and far more voluminous than Rodriguez usually goes, the dress, worn over neat black pants, was within his parameters of pure, clean design. The collection progressed to include variations on these modernist baby dolls, which Rodriguez said were party inspired by his daughter’s clothes and partly by a visit to the Cristóbal Balenciaga Museoa in Spain. He played with bold, graphic colors and smocking, and reduced silhouettes to liquid draped dresses that knotted at the hip and spare tailoring cut lean but loose. The clothes reflected the refreshed spirit Rodriguez seems to have found by adjusting his pace.