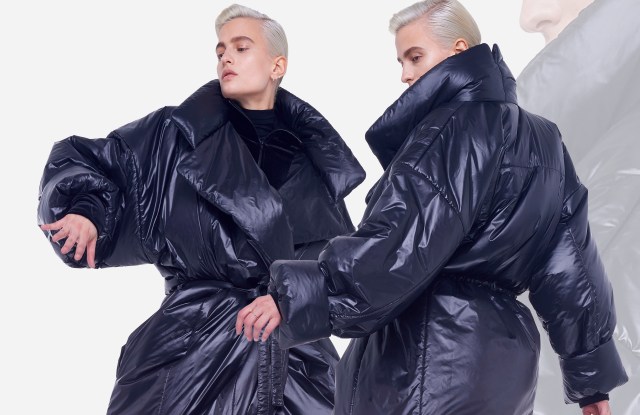 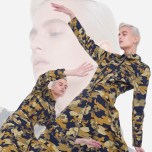 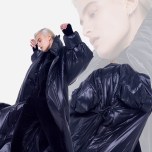 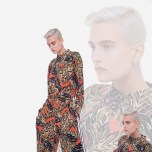 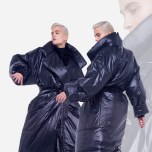 Over the past few seasons, Norma Kamali has reopened the conversation about gender-fluid dressing — evident through her look books, where every look is styled on male and female models. For fall, separates dominated the collection in appealing monochromatic looks — khaki and forest greens, mustard, cinnamon, nude and black — as well as in highly contrasting prints, including camouflage, leafy florals, stripes, spots and leopard. There were lots of utility details such as cargo pockets, topstitching and sharp tailoring, which had a soft ease when done in lightweight fabrics. Kamali’s utility jacket and jumpsuit, trenchcoat and belted boyfriend sleeping-bag coat stole the show in every hue and material and on every wearer. The designer also added a full lineup of sleek black dresses and jumpsuits, as well as a few slinky gauze numbers that were technically eveningwear (although they looked just as great piled over her swim offerings).

Whether prints on prints or stark solids, the clothes felt realistic but fun. But as always, Kamali’s message was the strong point, and basis, of her collection. “The real takeaway about what’s going on now in fashion is not only about the clothes. Fashion is about really everything we say about them, what we do with them, how we live with them. Is it sustainable? But even more important is, are the clothes you make global? Can they appeal to all climates, all cultures, all lifestyles? And so I think that that’s not just the gender-fluid thing, which is a serious topic that is really going to influence fashion, but I think the other layer of influence is, “Is what you do global?”

Kamali noted her collections do not include heavier fabrics, i.e., wools, but rather lightweight, machine-washable, wrinkle-unfriendly alternatives — gauze, nylon, poly lycra, denim and power mesh, to name a few — in silhouettes that range from bikinis to tracksuit sets to jackets. In other words, a bit of something for anyone, anywhere.

“If I focus it, that’s what it’s about: being democratic and inclusive, but also as global and sustainable as you can possibly be.”