New York's louche, androgynous approach to style is an important calling card for Hunte as he embarks on an international expansion. 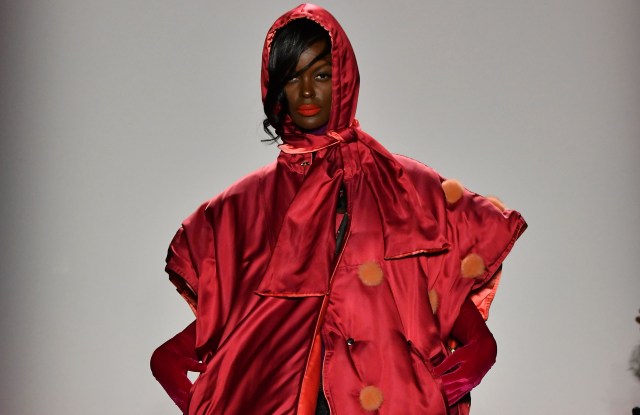 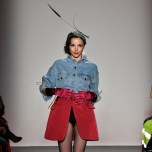 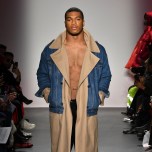 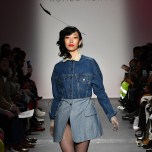 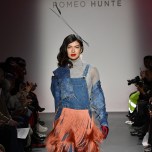 Romeo Hunte’s fall show was intended to give off the same warm, big personality that is true of his own self. The designer — a celebrity favorite — said he wanted to play to his strengths, particularly considering how his namesake collection has recently been operating as a direct-to-consumer venture. For this, he has stepped into the role of salesman, personally taking his designs around the world for a series of trunk shows, shilling clothes he hopes will instantly resonate as hailing from a “New York brand.”

Thus, for his latest collection, Hunte focused on New York’s louche, androgynous approach to style, saying his designs played on the idea of “a brother and sister story,” in which a man and woman borrow clothes from one another. Looks with a certain relaxed approach proceeded down the runway, worn by models sashaying, twirling and dancing in formations meant to recall New York’s Eighties voguing balls.

“I have a lot of women who shop men’s stuff, and I thought ‘Why not?’ and put this together to make a great wearable story,” Hunte said. “A lot of formal events I go to, the looks I love, what I am attracted to, are the girls who don’t really try.”

Outerwear — the category in which Hunte appears most comfortable — came in a variety of reworked denim, trench and shearling jackets. Playing to New York iconography, one mink jacket was treated to look like the facsimile of a brick wall sprayed with graffiti. Hunte said his fur pieces fare particularly well in international markets. He recently held a shoppable runway event in Nigeria, at which an $18,000 fur coat was sold right off a model’s back. Next up are stops in London, Paris and Dubai.

“I’m known for a lot of details, layers,” Hunte said. “Now I’m thinking outside the box on how to attract new clients.”