Eschewing a traditional show, Tanya Taylor presented a fall line that featured her signature layering of prints and shapes in unfussy ways. 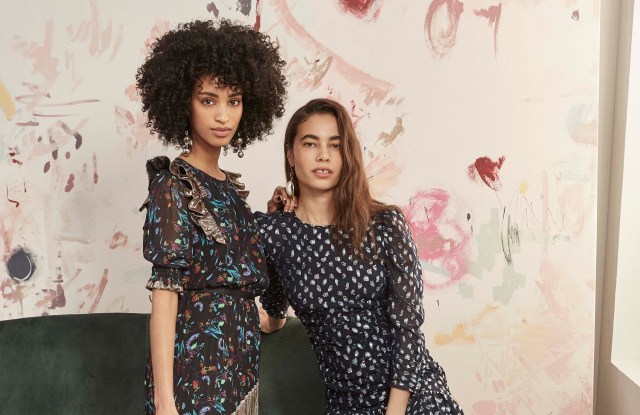 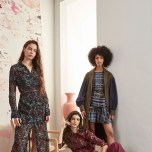 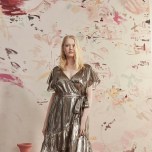 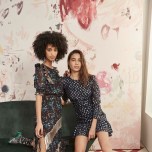 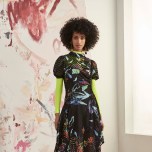 Again this season designer Tanya Taylor eschewed a proper New York Fashion Week show, deciding instead to host a lunch with a variety of women who inspire her, each wearing pieces from her fall collection.

Lauren Bacall, a strong woman by any estimation, was on Taylor’s mood board. “I feel like she had this individuality and wasn’t trying to be like anyone else at that time,” Taylor said at a preview in her design studio. The board also included swatches of prints and artwork of flowers alongside pictures of the trailblazing actress.

That mixing of ideas is right in step with a designer whose specialty is the layering of prints and shapes in unfussy ways that her customers gravitate to.

This season it was the combining of textiles with prints that made for a new sense of Taylor’s take on fusion. She used her colorful prints on a burnt-out textile, often cut on a bias, on dresses and a host of separates that gave an S-curve three-dimensional vibe. It injected energy and movement into the clothes.

Taylor introduced some crystal embellishments, too, such as an olive wrap army skirt. A recent custom dress made for actress Chrissy Metz at the Golden Globes was Taylor’s first time using a similar appliqué.

Knits came in oversize coat shapes that could be outerwear or just great layering pieces. She even had a few black pieces, something she rarely does, but done with a velvet fabric that gave it depth.

While part of the fun of her luncheon is seeing how her attendees interpret the new collection, what Taylor really is looking forward to is when the various women, like Chelsea Clinton and Jenna Lyons, stand up and talk about how they have navigated the world, a powerful message for women in energetic clothes.