Francesco Fucci took a romanticized approach for fall, inspired equally by bourgeois Italian style and the student protests of 1968. 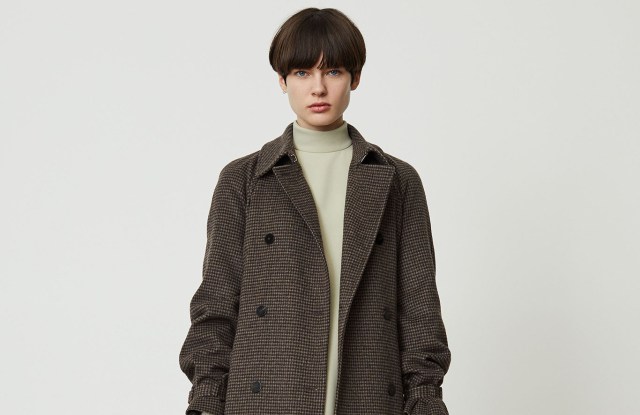 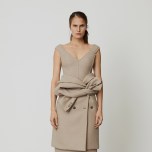 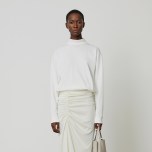 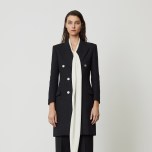 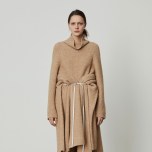 Francesco Fucci’s influence at Theory has been palpable. In less than a year, he has heightened the level of sophistication at the brand while simultaneously injecting a thread of softness to the brand’s sportswear legacy. There’s nostalgic storytelling behind each collection, but not so much that it interferes with any of its clean, modernist lines.

Fucci took a romanticized approach for fall, inspired equally by the bourgeois Italian family in Pier Paolo Pasolini’s film “Teorema” (“Theorem”) whose lives are disrupted by a visitor, as well as the student protests in Europe that were simultaneous with the film’s release in 1968. Mind you, the references were as light as the silky undone scarf tie blouses under strong, sharply tailored suiting. He idealized how kids of that time must have raided their parents’ closets to look more mature, but altering the clothes to suit their needs. Here, Fucci cut a beautiful robe coat to reveal its raw edges or slashed the length of a strong jacket with big lapels. Maybe the aforementioned blouse was ruffled from a fight. “The idea was to take something classic and cut it or twist it,” he said during a walk-through.

At the end of the day, these are clothes meant to be lived in. He created poetic tension when balancing a tough leather jacket with fluid wide-leg pants, and with a puff-sleeve silk turtleneck loosely tucked into workwear trousers. Dusty tones of blue, yellow, gray and cream underlined richness. Styling emphasized reality, with jackets and coats tied around the waist and chains from handbags used as belts. As with the film’s visitor, Fucci has brought forth a welcome sense of freshness, freedom and strength.