Tunes playing pre-show at Zang Toi’s latest show — “This Land Is Your Land” and “Take Me Home, Country Roads” — set the tone for the patriotic inspired lineup. 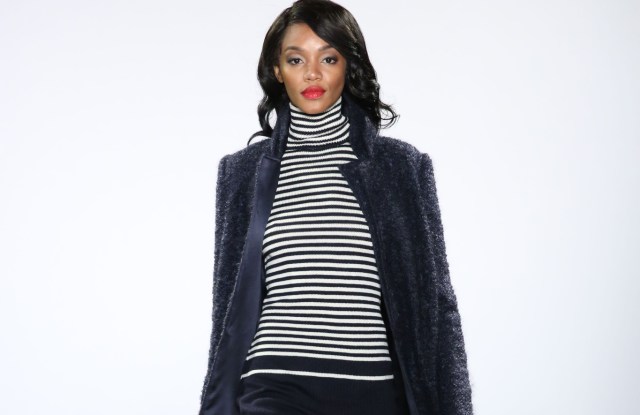 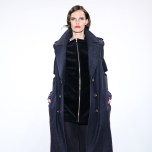 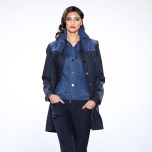 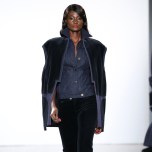 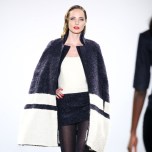 The second to last show of New York Fashion Week or a political rally? It was pretty clear we were here to see clothes, although Donald Trump Jr. was seen front row along with girlfriend Kimberly Guilfoyle and former stepmother Marla Maples. Tunes playing pre-show at Zang Toi’s latest show — “This Land Is Your Land” and “Take Me Home, Country Roads” — set the tone for the patriotic inspired lineup, a tribute to America from the Malaysian native who immigrated to New York 38 years ago.

An all-blue section kicked off the show with denim-on-denim looks, such as a dark blue denim car coat worn over a denim jacket and skinny jeans, oversize denim and corduroy vests, and a denim tunic shirt in the shape of overalls worn over short denim shorts and a navy turtleneck — all mainly paired with the classic Converse Chuck Taylor high-top in navy, a celebration of classic American sportswear.

Not absent were Toi’s evening numbers, from a bold red sheath dress with a kimono sleeve to a pure all-white high square-neck tunic with fox kimono sleeves paired with white skinny trousers.

The final looks took another turn when a white silk evening shirt, worn with a navy silk skirt with a hand beaded American flag train, felt a bit more like a homemade beauty pageant, leaving one to conclude that this specific effort was geared to a certain type of woman.