The sumptuous materials did most of the talking here, with Albert Kriemler creating a front-row-only show in order to allow guests an up-close inspection of them. 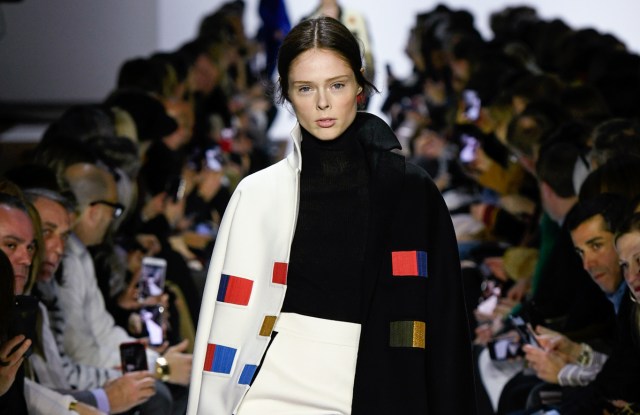 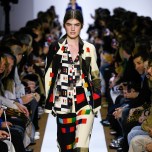 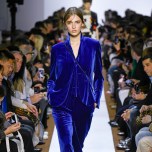 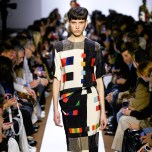 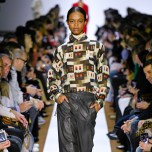 The sumptuous materials did most of the talking here, with Albert Kriemler creating a front-row-only show in order to allow guests an up-close inspection — returning to the Grand Palais for the first time in six years.

One of the most intriguing of those was horsehair — “probably the most resistant material that exists” — that was used as accents on garments throughout the collection as a symbol of strength and uniqueness, marking an anniversary return to the material for the designer who first used it on his Ai bag a decade ago. Introducing new texture, it edged the pocket of a cream double-breasted wool coat, say, an inlay on a bi-color wrap style skirt, or the cuff of a navy ribbed cashmere turtleneck, adding an extra dimension of uniqueness to the pieces.

As always, there was an artistic connection, with the designer tipping his cap to a work by Richard Artschwager, titled “All in Good Time,” and consisting of eight exclamation marks made of horsehair, chosen for its rarity, as a material that had no previous art history references.

Adding to the arty nature of the luxurious contemporary wardrobe was a print based on the color charts of Johann Wolfgang Goethe from the early 19th century. Enhancing the graphic allure of one the collection’s key silhouette’s — pairing a small jacket with a defined shoulder and a large fluid pant — the print underscored the signature modernist feel of the designer’s work.

Now back to those fabrics: Kriemler treated the eye to everything from a belted coat in a gleaming black and gold silk velvet devoré to a weightless mini dress in a black fern St. Gallen embroidery to shaggy shearlings and an elongated jacket in a multicolored plaid wool flannel, which brought a pleasing country-chic flavor into the equation.