Olivier Rousteing leaned on romance for a vibe that was “sweet poison” as he called it. 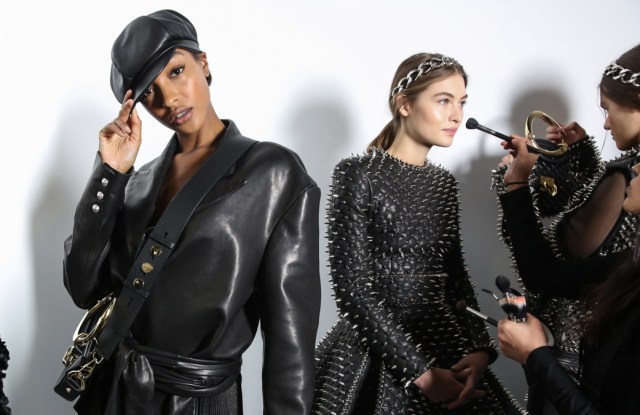 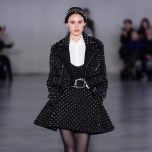 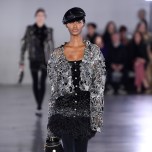 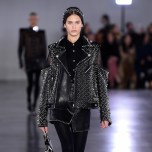 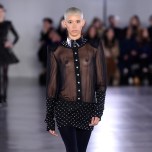 For fall, Olivier Rousteing may have been inspired by troublemakers, but it was a gateway to one of the more conventionally wearable collections he’s shown to date. That was a good thing.

The brand that has made jackets with linebacker shoulders its stock and trade went light on the look, and in a season when it’s turned up everywhere from Yves Saint Laurent to Dries Van Noten, too. Instead, Rousteing leaned more on romance, channeling his rock ‘n’ roll spirit (and a few winks to Rue Cambon) through Easter egg pastel hues, pleated miniskirts resembling armor, looser tailoring and lighter fabrications (in the best exits), for a vibe that was “sweet poison” as he called it.

Coming off showing his first couture collection for the house in January, Rousteing said he is thinking differently about ready-to-wear. “She’s younger,” he said of his woman this season, and the clothing is “more relaxed.” Exhibit A: the opener, a tweedy black drop-shoulder jacket with wide satin lapels that had the ease of a cardigan, and matching short skirt with feathery trim. Never mind that the allover studding could pose a problem when sitting: The look had charm, especially when worn with a studded headband and flat studded shoes.

He worked black silk georgette panels into a boucle check cardigan jacket and maxiskirt, as well as a duster coat with armor-like white boucle shoulders for a lighter take on tailoring. And there was a lot of denim to love: clean, baggy white jeans or cuffed blue jeans topped with soft knits with feathers, for example, or the more decorative pale blue distressed options shimmering in allover clear-sequin embroidery, and sure to send many women’s hearts racing.

Less overtly sexual than in seasons past, the collection played peekaboo instead. Plasticized corsets anchored dresses and tops exploding with 3-D flower embroidery, and shoulders were bared in pastel-hued studded biker jackets with slashed sleeves paired with jeans for a casual ease.

There were a few clunkers, especially the more loaded up on decoration things got. One miniskirt was so dense with beading, it stood out straight and made the model look like a ballerina in search of a music box. And the last group of all-black sequin-coated or glossy vinyl looks veered into Disney villain territory. It was overkill in a collection that was already impressive enough. It should be a cue to Rousteing that he can exhale, edit his vision down to fewer looks perhaps, and still say a lot.