An emphasis on tailoring added a more formal expression of elegance to a house best known for fluid, floral prints. 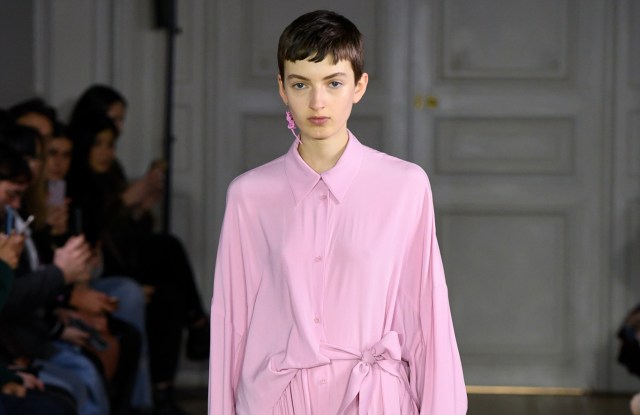 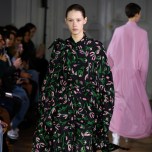 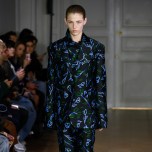 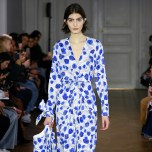 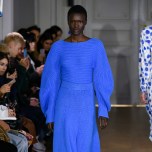 Christian Wijnants sported a smart navy suit jacket for his fall show, which he tugged at when asked about the showier venue this season, the Hôtel Salomon de Rothschild. “I wore this,” he said.

His choice of clothing was more than just dressing up for the locale, it also hinted at the label’s new emphasis on tailoring, which added a more formal expression of elegance to a house best known for fluid, floral prints.

The boxy, patterned suit and trouser combos were sharp-looking, a modern take on the power suit, and the coats were chic — long, with wide lapels, offering a convincing case for the move. Wijnants has embarked on an ambitious scope-widening exercise, which included the addition of a men’s line last season. The label is also expanding its footwear option, which included pointy white boots, some striped at an angle.

Also new was patchwork experimentation with knits, which, as he explained, is challenging because knitwear is not easy to stitch together — a relevant endeavour for an industry that needs to find new ways to recycle.

The command of the Eighties was relayed by shoulders drawn widely, a mishmash of unrelated prints, roomy cuts and lots of stripes.

One of designer’s strong points, inventive pattern and color combos, took a back seat to an array of mono-pattern looks that were quite striking, including a sweater dress with a matching cape, lavender with thick, black lines that criss-crossed over the body.

Surveying the grand rooms of the Hôtel Salomon de Rothschild before the show — they gave onto a garden, and rain — Wijnants said he was sorry he couldn’t serve tea or coffee.

The comfy and elegant lineup would do — it included some head turners — spurred along by jazzy Serge Gainsbourg tunes from our favorite decade.