Dries Van Noten turned to his rose garden for inspiration. 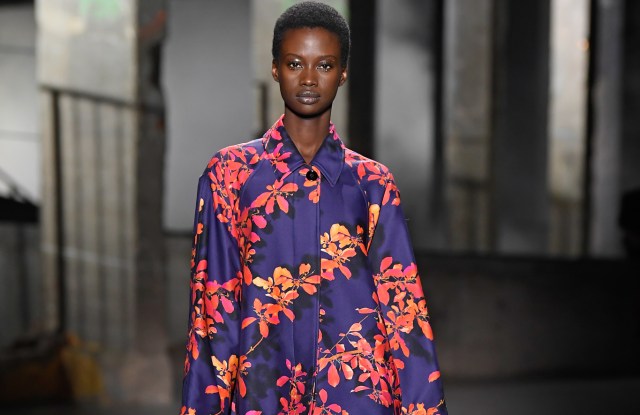 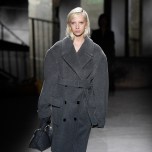 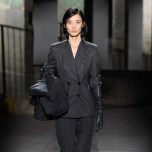 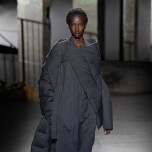 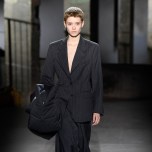 Dries Van Noten’s subject was roses — reconsidered. That the designer has a lush garden is almost as well-known as his affinity for statement prints, which have drawn from myriad inspirations over the years. For fall, he stayed close to home — make that at home — in conjuring his seasonal motif. On a Saturday afternoon in October, he and members of his team strolled his garden with a photographer, taking pictures of the various blooms against a solid background board. They sought out not the most perfect of nature’s bounty, but flowers that would best represent the human condition, those with obvious flaws.

Consider it done, in a collection that worked a strong, unfussy beauty. Van Noten started by extracting the more mundane associations from his equation, the romance and banal prettiness so often associated with fashion flora. In their place, he sought the graphic realism of the flowers’ imperfections — dark spots, cracks, mildew.

To set the mood of lyrical sobriety, he eased into the floral fray, opening with serried suits and coats in black and gray. The first hint of flowers came in the single large yellow rose beneath the collar of a gray shirt tucked into pants. That established the primary direction, blooms placed sporadically on fields of solid color.

Van Noten took his theme in many directions, vacillating from sultry dresses to ample sweaters over skirts to mannish tailoring. The last sometimes evoked the Forties but in colors the Forties never dreamed of — yellow jacket with red flowers on one hip atop lavender trousers. Or he paired a soft, layered top with shadowy flowers with wide pin-striped trousers and a flannel coat. Dresses were covered up but sensual in liquid fabrics that slithered over the body, their flowers positioned for seductive movement. Often, Van Noten worked the tension of contrast to fine advantage, mixing patterns and textures and topping mannish tailored clothes with sheer coverings for a mysterious veiled effect.

The results were both smart and chic. The clothes looked great, the prints, compelling. Yet for all their graphic strength, they felt less demonstrative than some of Van Noten’s most strenuous pattern plays. And with its integration of florals with so many smart solids, the collection should have wide appeal. The gal who’s not big on posies will likely love pinstripes.