Niall Sloan channeled the message that women should not be confined by stereotypes of beauty. 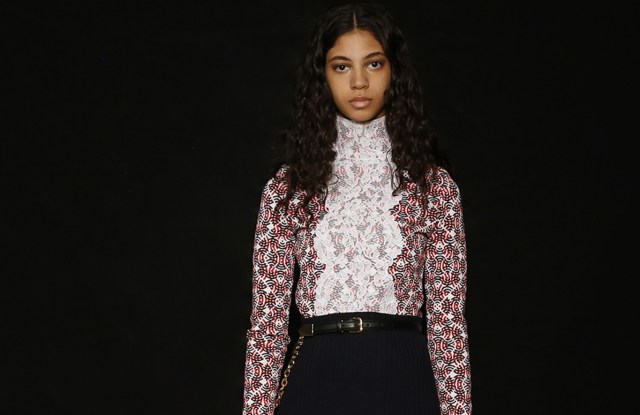 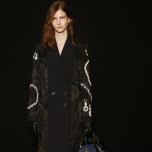 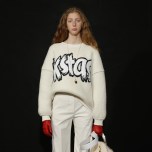 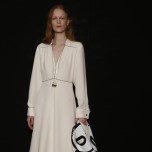 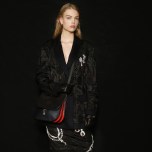 Austrian-American actress and inventor Hedy Lamarr’s legacy was the undercurrent for Niall Sloan at Escada this season as he channeled the message that women should not be confined by stereotypes of beauty.

Lamarr’s flight from her wealthy but controlling first husband with her jewels sewn into her coat was referenced in the form of outsize gemstone prints on a vivid green background on a dress or pajamas that verged on gaudy and looked a little like a throwback to the Seventies, or as glittering embroideries on the black background of a pencil skirt or double-breasted coat.

The actress’ inventions — Lamarr’s work on the development of a radio guidance system at the beginning of World War II, originally rejected by the U.S. forces when they were offered the patent, is cited as being an ancestor of today’s Wi-Fi — were found as abstract motifs on giant red and white scarves sported by certain models.

While there was a lot going on, this contrasted with the appealing nonchalant ease of many of Sloan’s designs, especially so when he combined his relaxed tailoring with wide strips of white lace, as on a pair of wide tuxedo pants that summed up the notion of femininity with an edge.