Cortázar added Caribbean cool to a Holly Golightly approach to elegance — and it worked. 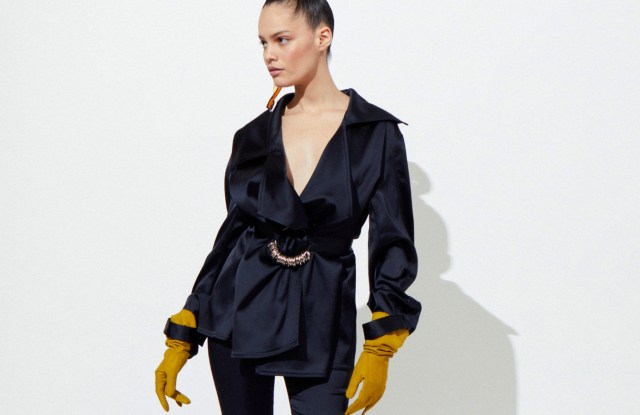 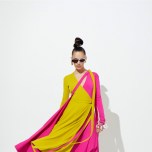 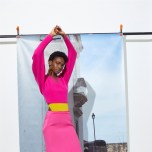 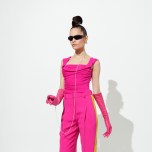 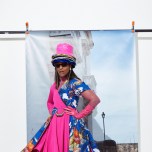 For his fall lineup, Esteban Cortázar had different types of women in mind. He doesn’t like it when people ask who his client is — an exercise he likens to putting someone in a box.

“I don’t just appeal to one kind of girl,” he said, noting the same garment draws different personalities — and ways of wearing it.

That point he drove home with a diverse collection, toggling between sensual elegance and a funky cool, all of it emphatic, which is one of the reasons it worked.

Considering “Breakfast at Tiffany’s” — influence for sharp and simple lines with graceful silhouettes — he took Holly Golightly for a spin in the Caribbean. This brought added flourish — a bit more skin and lots more color, mostly solids —  yellows and pinks — but also a crazy print with religious motifs and a wild cat.

One of his muses was a friend, the stylist Michelle Elie, who modeled the looks.

“She’s not afraid of piling it up, being more eccentric, playing with silhouettes, with proportions,” he said, pointing to a photo of her with layers that included six bucket hats in bright colors, hot pink gloves over a sheer, pink sleeve, and knit leggings under a flowing dress — that crazy print on one side, pink on the other.

Among sleeker looks was a similar wrap dress, but all in yellow, with a prominent, transparent ring as a belt hook. The model’s hair was pulled tightly back, with a knot on top of her head.

Cortázar is introducing a new resort collection with more accessible price positioning to broaden the label’s reach to a younger audience.

“I want to make sure that everyone that wants to have my work can have it,” he said. Yes, please.