Nikola Vasari sent out a focused lineup peppered with glam references for his first full collection as creative director. 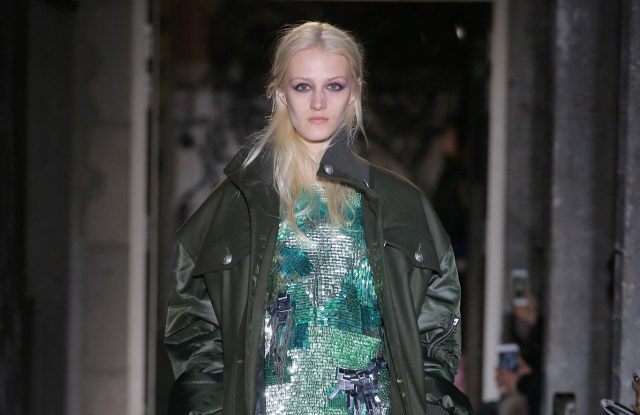 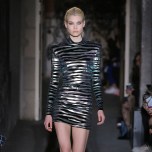 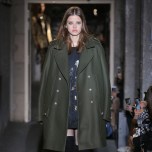 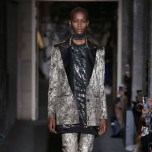 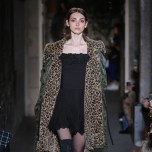 For the brand’s first runway presentation and his first full collection as creative director, Nikola Vasari succeeded in bringing together with casual ease streetwear influences with grunge and glam references inspired by music icons such as Courtney Love, Grace Jones and Lou Reed.

The lineup was a further step in a more focused direction for the edgy label, a balance of tailoring, flou and streetwear with an edge. There was some standout outerwear — a ruched jacket in green jacquard that Vasari described as a “party bomber” was among the most striking pieces.

Animal-print motifs were key to the glam vernacular, as on a zebra-print minidress in a holographic metallic fabric or bright prints in purple, red and black on some of the later flamboyant looks, while grunge references were seen in the form of distressed knitwear or the embroidered chains that adorned several designs.

Elsewhere, a hand-painted and fur-trimmed parka was pure Faith Connexion. Other outsized outerwear pieces were paired with racy looks, as in a dress made up of strips of lace like bandages across the body.

Dominated by a largely monochrome palette, the collection offered further pops of color in the form of a green sequined shift dress or the multicolored sequins that peeked out from the tears in a cute black denim jumpsuit.