Jenny Packham drew on a stylized vision of Sixties and Seventies glamour inspired by Slim Aarons for fall. 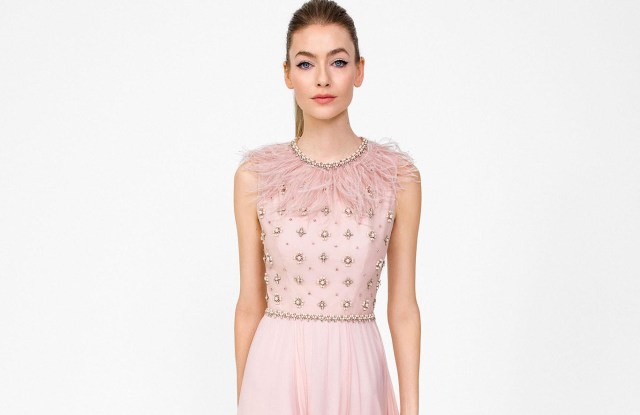 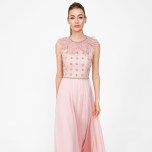 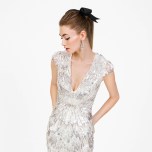 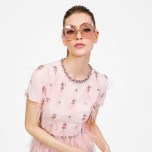 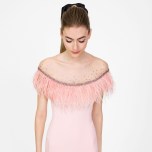 Inspired by the purist modernism of Slim Aarons’ photography, particularly the 1970 shot “Poolside Gossip,” Jenny Packham drew on a stylized vision of Sixties and Seventies glamour for fall.

Among the pastel shades, there were touches of deeper jewel tones, as on the rich teal hue of a pleated silk chiffon caped gown, as well as subtle nods to an edgier register inspired by icons like Marianne Faithfull and Nancy Sinatra on some of the more heavily embellished looks.

More modern but carrying through the same codes were her separates and cocktail dresses, growing categories for the designer. Cropped cigarette pants and a matching short-sleeve shirt in pale blue or navy had feathers at their cuffs and hems, while a lilac sequin jumpsuit was laid over with a cropped tulle cape embroidered and trimmed with plumes and will no doubt appeal to the 21st century jet-setter.

After showing in New York for a decade with a quick stop in London last September, Packham has decided to centralize her presentations in Paris, which she sees as a better fit for buyer appointments in today’s market. For September, she has a major event in the works at the British Embassy, format to be confirmed.