Jonathan Anderson celebrated the intimacy of dressing in an exquisite collection. 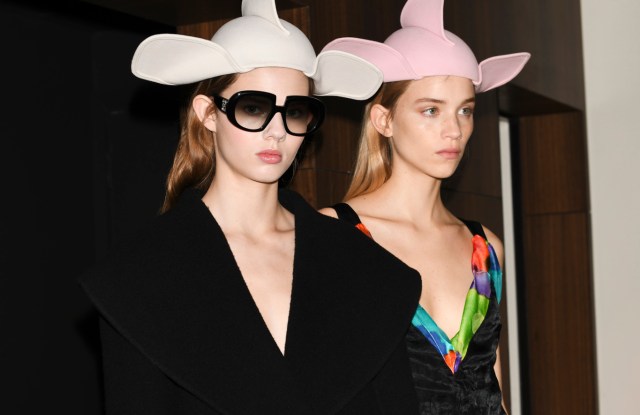 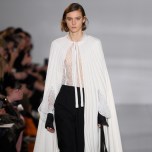 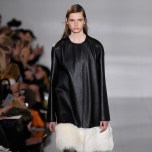 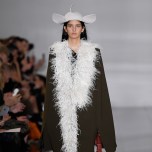 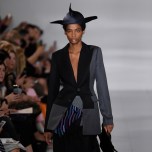 “I wanted to start reducing things.”

That’s how Jonathan Anderson approached his spring collection, a point that certainly applied to his set at the UNESCO Center. While he often commissions a demonstrative installation, this season’s was stark in its plainness, a high-gloss black herringbone floor and white walls hung with a series of 17th-century miniature portraits, “the selfies of their day,” Anderson said backstage after the show.

Happily, he didn’t reduce the fashion quotient. Rather, the portraits made a point about intimacy; they demand to be viewed up-close. Ditto the clothes, replete with details deserving of close examination, particularly, materials with intricate textural motifs. Yet the looks also said plenty at a distance, balanced to exquisite perfection on that fault line between practicality and artful flamboyance.

Anderson’s approach was simplified but hardly simple. He had challenged himself to focus on the creation of graceful line. “How do we see silhouette?” he queried rhetorically. The answer was, in various ways, as long as each projects integrity of intent.

There was a lot going on, including flourishes inspired by courtly grandeur. Anderson handled it all seamlessly so that it never felt forced, not the languid dresses with sweater-knit bodices that morphed into fabric skirts, or the fluid, full-cover navy dress with port hole back, or the black coat cut with courtly swagger atop a lace dress with car-wash skirt. Some looks worked bold contrasts: a lavish, pearl-encrusted sweater worn with jeans; bold-collared checkerboard coat over a delicate lace skirt; leather dress with deep feathered hem border.

It all radiated personality and nuance. As in the past several seasons, its purposefulness took a page from Phoebe Philo’s playbook; these are alluring, interesting clothes. Empowering clothes, the kind that can help a woman dress to feel “my best self,” as Anderson titled the poster of the ancient portraits he gave to his guests. A noble goal, beautifully realized.