Masha Ma continued her shift from the hardened club scene of her youth to a softer, more mature place. 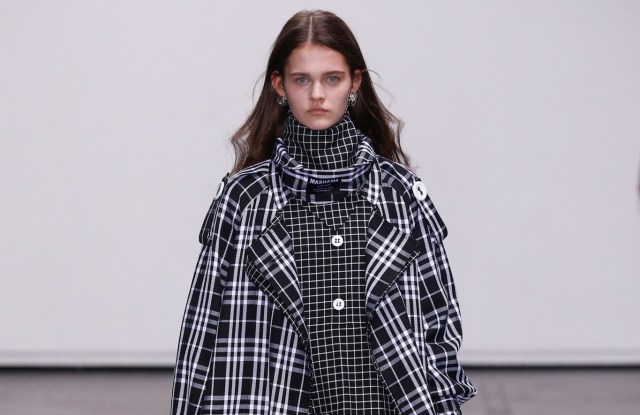 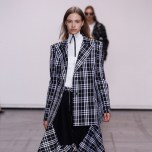 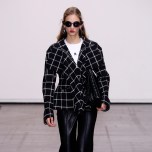 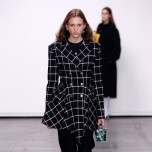 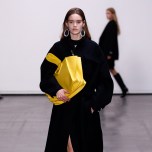 Masha Ma had already made the shift last season. Turning away from the hardened club scene of her youth, she moved into softer territory with new romantic leanings that took some of the edge off of her futuristic bent — silky slipdresses and washed and frayed denim.

She carried on this way for fall, adding knitwear to the mix, and an attractive new azalea pattern with a striking but pure Scandinavian feel — in white and emerald green or a bright blue, crafted into long, mock-turtleneck dresses.

Ever the outerwear specialist — she is creative director of the Chinese branch of Kolon Sport, a South Korean label — Ma continued to build her sturdy technical gear for blustery weather, offering a wide range of coats with the necessary shielding, pockets and cinching, while trying to keep it smart.

The label has started using Repreve, a fabric from recycled bottles. Asked if this was the answer to a calling from the Chinese consumer, she noted that design remains the principal preoccupation. “Everybody wants to do good, anyway, in general,” she added.

One parka was layered with a thick, faux leopard fur on the inside, covered with a sturdy shell of technical fabric. She was interested in projecting external strength even as she pursued a lighter femininity.

Elaborate tailoring is another house trademark and the cuts, which included cinched waists, felt more grown-up and feminine, while the starkness of the checks channeled the label’s trademark sportiness.

Ma did push into pure luxury territory, with a sleek camel overcoat with a subtle play on symmetry, one of her fixations.

On the opposite end, things got more casual than usual with a furry camel coat and khaki-checked suit jacket embellished with strips of lacy crocheted knit work in orange. Both would have felt out of place in the past, but in this new context, built over two seasons now, they came as a more natural — if commercial — display of the label’s broadening range.