After a banner 50th anniversary year, Julie de Libran skipped the catwalk to focus on the "iconic values" of the brand. 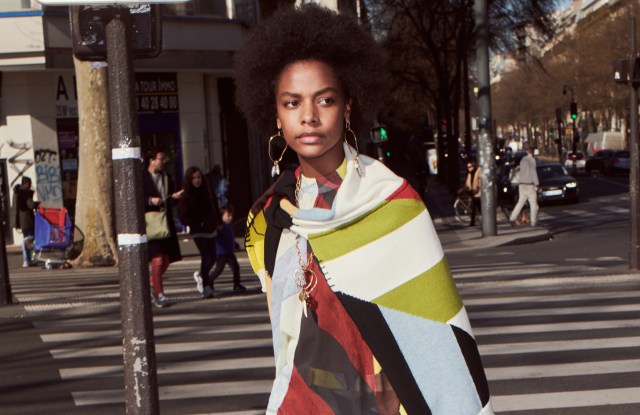 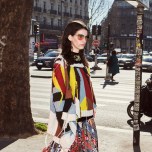 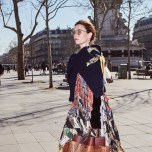 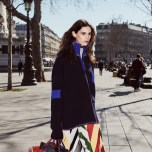 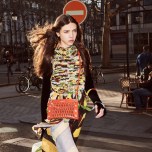 After a banner 50th anniversary year that culminated in an outdoor fashion show last September on the newly christened Allée Sonia Rykiel, the French fashion house is taking a breather, opting to sit out the catwalk this season and focus instead on a digital communications push.

Creative director Julie de Libran presented her fall collection in one-on-one appointments in a showroom, where a large screen showed models wearing the looks on the streets of Paris. “This collection is not about fashion, it’s actually about a style and personality and focusing on the iconic values of Rykiel,” she explained. “Rykiel is a woman designing for women, designing for their wardrobe, their lifestyle, and it’s much more personal.”

Hence a focus on the house’s signature striped knits, which were balanced by smart tailoring and outerwear that borrowed from men’s wear. De Libran put a kaleidoscopic spin on the stripes, which were blown up on patchwork flares, chiffon tops and skirts, and a half sweater slung over the shoulders like a stole.

It was one of a number of playful details, like the removable knit lapels on the jacket of a Prince of Wales-checked trouser suit, or the fuzzy leopard-patterned mohair shawl built into a russet-colored knit coat. There was a Seventies flavor to the tailoring, including a pale beige jumbo corduroy suit with flared pants.

Ditto the black velvet and gold Lurex maxi cardigan worn over a diamond-patterned jacquard knit dress with tear-shaped cutouts at the neck. Among other throwbacks to the house’s founder was a black quilted satin bomber jacket, though it was updated with zips along the sleeves and sides that allowed it to be worn like a cape.

A new advertising campaign shot by Stas Komarovski, to be released at the end of August, features black-and-white portraits of French models including Audrey Marnay posing in a typically Parisian apartment setting. The house is betting that its message of joyful confidence will resonate with women looking for real clothes.