Looking to the Inca period, the designer focused on thicker fabrics and pared down the silhouettes. 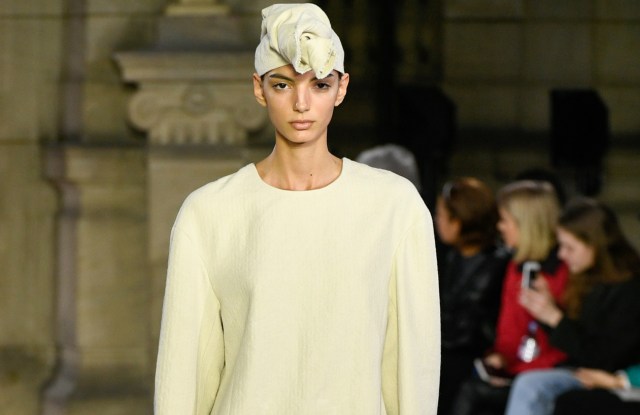 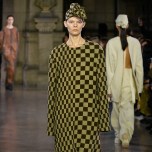 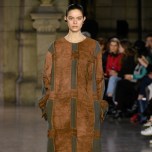 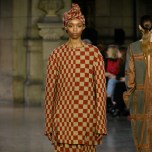 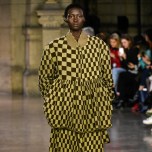 For her label’s 10th anniversary, Uma Wang wanted to clear the decks.

“Destroy, she said,” was the message she sent down the runway, barely noticeable in white lettering on a sheer, ivory shirt and mostly covered by a long, cream-colored suit jacket in velvet. This was the first surprise — ever discrete Wang adding her voice to the clamor of printed messages cropping up everywhere, a trend fueled by social media crowds eager for the next post.

“I wanted to destroy what [I learned] in the 10 years to do something new,” she said.

So she looked to the Andes, and the Inca period, moving beyond her usual focus on the crossroads between Europe and Asia. With this, her gaze shifted to thicker fabrics — the basics.

The resulting lineup was, for the most part, recognizably Wang — luxurious fabrics woven into fluid tailoring of an unidentifiable era, most likely a forgotten trunk of antique clothing. But the silhouettes became considerably cleaner, pared down.

Well, they had to be, she said, pointing to the hats. They were wraps of fabrics, with a twist in the front and back, an unusual and distinctive shape, enough to catch the eye.

Checked fabrics, thick knits and lambskin coats added a further layer of coziness to the collection, with added elegance brought by deep, autumn-toned floral weaves — a Chinese influence, she explained.