Erdem Moralioglu returned to the National Portrait Gallery with this lavish, embellished collection that took its cues from the young Cecil Beaton. 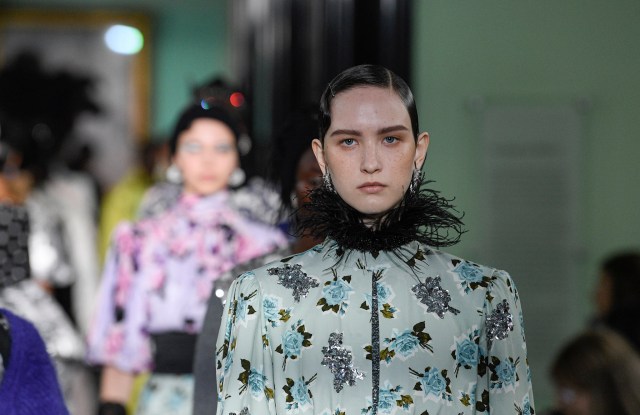 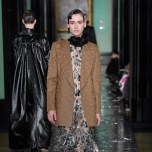 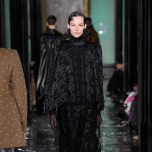 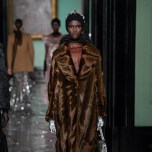 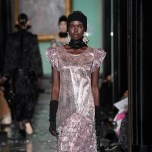 Erdem Moralioglu returned to the National Portrait Gallery with this lavish, embellished collection that took its cues from the young Cecil Beaton. Moralioglu lingered on the early years in particular, when Beaton was a boy discovering photography, dressing up his sisters and posing them against dramatic, homemade sets.

The collection was an homage to Beaton’s glam, aristo looks and the collection was nothing less than rich, with more pearls, brocade, glossy surfaces and silvery shine than in the closets of Buckingham and Kensington palaces combined. Snappy, flower print Forties style dresses came cinched at the waist with cummerbunds, while a silvery gray lace dress glistened with faux jewels, and a drop-waist flapper style quivered with string upon string of pearls.

Tailored suits with perky peplums and sculptural swing coats came covered in a black-and-white checkerboard print recalling one of Beaton’s early backdrops, while a ruffled silk rose print dress looked almost as if it were made from plastic, a nod to Beaton’s do-it-yourself sets and costumes.

There was much here — too much. The layers, gloves, shiny shoes, feathers, pattern and texture were overwhelming at times, as were the literal, historical references. Moralioglu’s main ode to modernity were the flat shoes and knitted caps. Still, the effect was costume-y and retro.