Saul Nash delivered the most compelling part of the show with a dance performance and some highly desirable sportswear looks. 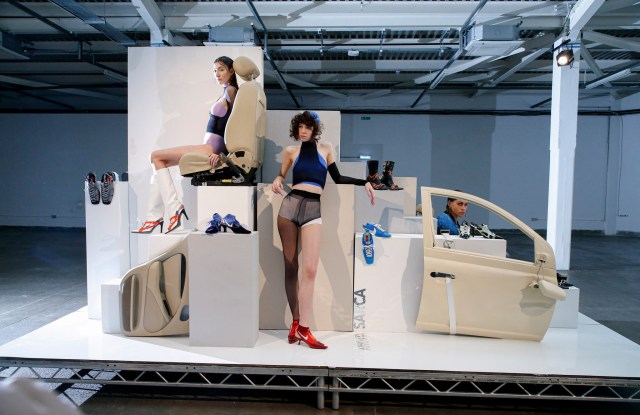 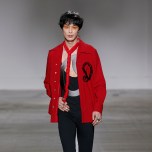 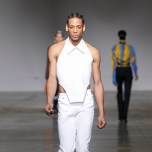 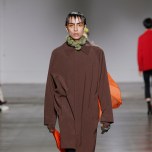 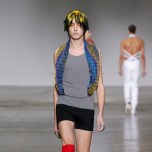 Fashion East presented the works of five emerging designer on Saturday. Shoe designer Ancuta Sarca showcased pointy heels made from recycled Nike trainers with a presentation ahead of the show.

Nensi Dojaka’s work emphasizes the body and draping. Women of different sizes can feel sexy and confident in her version of draped and pleated little black dresses.

Saul Nash sent four dancers down the runway to interact with the other models, who walked out with heads down as a part of the choreography. Halfway down the runway, dancers adjusted postures. “Their job is to tell the other guys that ‘it’s OK, be confident.’ They approach them in an aggressive manner but actually what they did was to liberate them,” Nash explained.

WWD Critique: Nash delivered the most compelling part of the show with a dance performance and some highly desirable sportswear looks.