Halpern delivered a collection of contrasts, volume and prints. 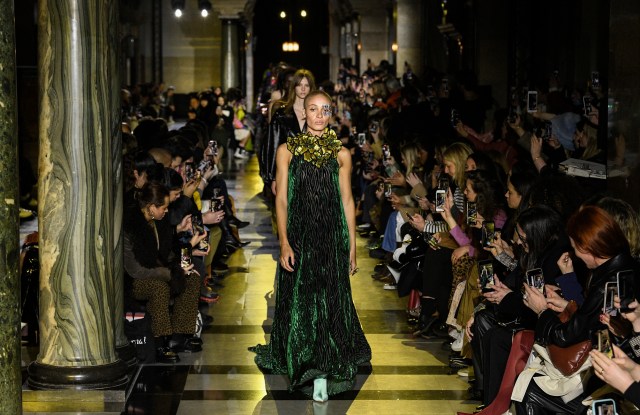 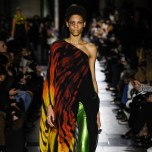 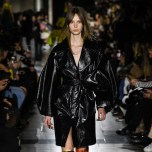 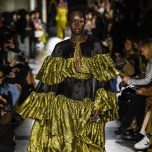 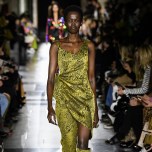 Once again, Halpern presented a collection of glamour, fun and exuberance. “It’s about allowing ourselves to be really optimistic in a time that’s quite f—ed up and you want fantasy and beauty,” he said.

His inspiration was the British bourgeoisie ,contrasted with the rebels in the Seventies. The former was evident in  voluminous balloon dresses that grazed the feet of the audience.

There were fewer sequins – the designer said he has been trying to move away from this for the past few seasons. He tried his hand at delivering some more sleek pantsuit designs and animal-print dresses and these definitely contrasted with his high-shine dresses.

Among the lurex dresses and the satin gowns, some awed – such as a light blue raffia column dress – while others were head-scratchers. There was a sequined pantsuit spliced with a cobalt blue dress lined up against a full denim ensemble, which apparently was the designer’s way of introducing his new collaboration with J Brand. It would have fared better in a different lineup.