Westwood’s presentation was a commentary on justice, sustainability and Julian Assange. 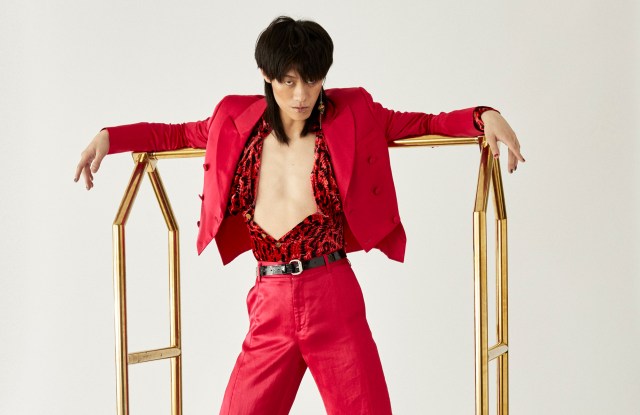 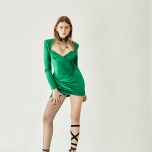 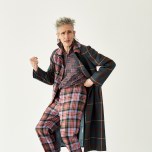 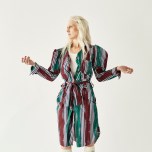 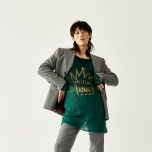 “I want to work with Extinction Rebellion and have Julian Assange freed,” said Vivienne Westwood, whose voice could be heard above the crowd that had gathered at London’s Serpentine Gallery.

Taking the form of a sit-in protest, Westwood’s presentation was themed entirely around the controversial whistleblower, while the gallery space was filled with her creations. On the walls there were signs saying: “Politicians are Dickheads + Devils,” “Culture-fit, Consump-fat” and “Assange v. U.$.” Models wore slogan T-shirts that proclaimed: “Too Fast to Live, Too Young to Die,” and “The poor get poorer.”

It was difficult not to get distracted by her team members wearing masks with an illustration of a beheaded man or by the large installation in the middle of the main room: A metal frame with cloth posters hanging off it and writing that said “Rot $ Fossil Fuels,” and “Growth = Destroy.”

The clothes were statement-making, too. A blue and red tartan suit was almost tame next to the bright electric blue tailored pieces and lime green flared trousers. Other tartan looks came by way of a corset and a patchwork tracksuit mixed with black nylon. A highlight was a short light blue tartan blazer shown under a contrasting tartan wool coat.

Westwood designs in the same way that she protests, with gusto. And irony. Cue a model wearing a cow–print coat with a printed tote bag of the designer’s face in an expression that can only be described as greedy.