Anna Yang's collection of ultra vivid looks was christened "Infoxication" and inspired by the danger of fake news. 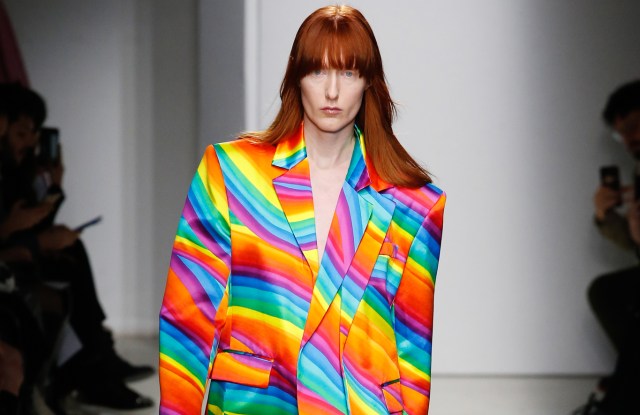 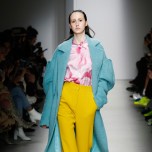 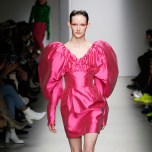 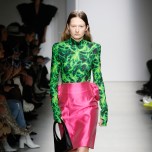 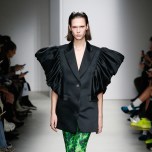 With a theme as current as the danger of fake news, the sartorial possibilities were endless. Anna Yang chose to address the issue in little touches, bringing a dystopian edge to her characteristically bright silhouettes. A pink taffeta minidress with balloon sleeves looked sweet enough, until you spotted the metal screws coming out of each side of the model’s head. Some of the silhouettes — all done in bright colors and with Eighties shoulders — were finished off with silver helmets covering half of the model’s head — contraptions destined to “protect the brain,” according to the press release.

Standout looks were a rainbow striped suit jacket — which was startlingly vivid, like when you turn up the brightness on your phone screen by mistake — and a printed oversize coat and leggings combo. From afar, the print looked quaintly flowered; up close, it turned out to be an aggregation of icons from the most popular phone applications.