New to the third edition of the Genius project was JW Anderson, who presented an "inflated archive" collection of spike-studded silhouettes. 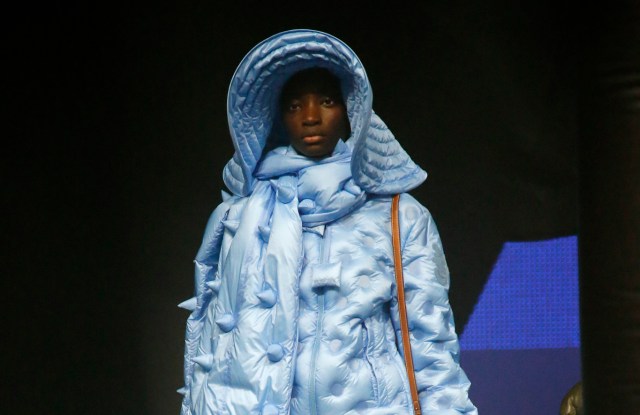 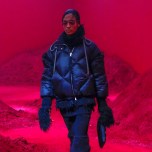 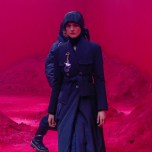 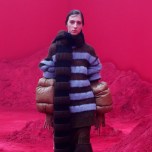 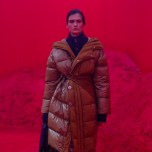 What has suddenly given the down jacket such fashion clout? Since the launch of its Genius initiative in 2018, Moncler has been progressively extracting the outerwear item from its skiwear origins to bring it to the highest fashion spheres — and make a massive event out of it.

On Wednesday, crowds amassed in front of a warehouse in a disaffected part of Milan to discover the third Moncler Genius release, which will be shown to the public all day on Feb. 23. “It’s worse than Rimini,” mused a guest upon seeing the throng of people, comparing the snaking files, pulsing music and strobe lights to the popular coastal destination known for its nightlife.

Inside the warehouse — which used to be a food market — each of the 12 collaborations had its own pod with dedicated set design and sound system. The most awaited collection was that of Jonathan Anderson, Moncler Genius’ newest recruit. The Irish designer presented what he called an “inflatable archive” of some of the most well-known pieces he designed for his brand JW Anderson, including pleated shorts for men and women, floppy hats and oversize scarves, all made in down material.

“I’ve always loved puffa and used it in my collection, but I’ve never been able to do it at this level,” said the designer, stopping briefly to greet Will Smith, Moncler’s latest ambassador. Anderson pointed to spikes running along a pink puffy scarf and matching bucket bag for women, and a khaki cropped and hooded down jacket for men. “I wanted to do something they’d never done, something theatrical and almost creature like — hence the spikes.”

Also new to this season were Rimowa — which presented an interactive installation at the entrance of the event featuring the Moncler Rimowa “Reflection” suitcase with an LED screen on which customized messages appear, sent via a dedicated app — and electric bicycle brand Mate.Bike.

In addition to Anderson, the best of London-based talent unveiled their Moncler collaborations that evening: Richard Quinn, who as well as his embroidered silhouettes presented a capsule collection of couture gowns; Simone Rocha, whose stunning red and black collection incorporated tulle elements in reference to the world of ballet, and Craig Green, whose Genius collection was twofold.

In one room, the designer created a black-and-white environment in which models sported fully flat, extremely light down jacket that models slipped into like paper dolls, while another room experimented with colorful, see-through coats revealing the garment’s inner structure. “I love that they allow us to work on quite mad things,” said the designer. “They are very open as collaborative partners, and that is quite rare.”

Rounding up the selection were 1017 ALYX 9SM — standout pieces of Matthew Williams’ collection were a women’s cotton poplin coat with a nipped-in waist and mesh lining, as well as a down jacket covered in Swarovski dust — Fragment by Hiroshi Fujiwara; Poldo Dog Couture; Sandro Mandrino for Moncler Grenoble; Sergio Zambon for Moncler 1952 men’s and Veronica Leoni for Moncler 1952 women’s — not to forget Rick Owens, who unveiled his Moncler tour bus in a cloud of smoke.