Along with her pretty fall collection, Hanako Maeda unveiled a capsule developed in collaboration with superstar tennis player Naomi Osaka. 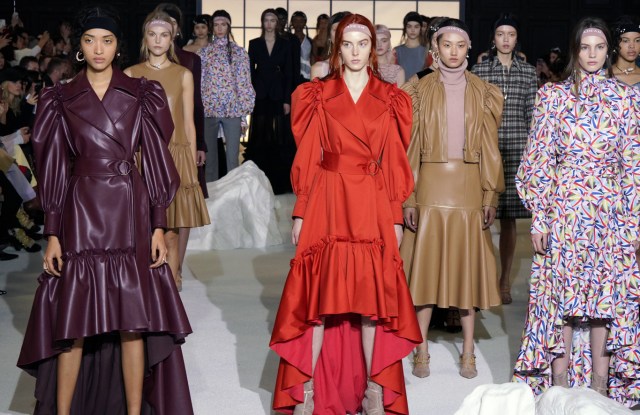 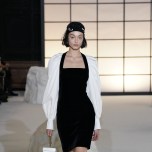 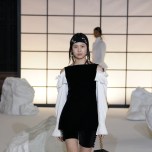 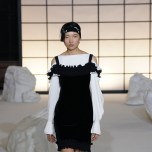 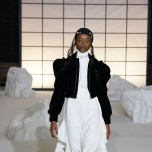 Naomi Osaka was seated front row at the Adeam fall show. But the superstar tennis player was not just a guest. She could actually be credited with helping to design the last group of dresses and separates that closed the show, which were part of a capsule collection she designed with Adeam creative director Hanako Maeda.

“It was really fun. I was not really expecting to be able to do this,” Osaka said backstage at the show, referring to her first venture in the world of fashion design. “I really like to sketch a lot and I sent Hanako a bunch of drawings and we kind of bounced off each other’s ideas.”

Despite the collaboration with Osaka, Maeda didn’t channel any tennis inspirations for her fall collection. In keeping with her signature celebration of her Japanese roots, she actually put the focus on kemari, a traditional Japanese noncompetitive soccer game that was popular among the country’s aristocracy between the 8th and 12th century. Since kemari players used to wear elegant, traditional clothes, Maeda evoked that type of aristocratic sophistication in her feminine collection, which was filled with Japanese-inspired crepe frocks cut in generous volumes and embellished with ruffles and dramatic flounce hems with trains. The billowing silhouettes were balanced by the narrow lines of suits cinched at the waist with sash belts, while more sporty references were introduced via cycling shorts, tailored track pants as well as leather bombers.

With her very singular and distinctive voice, Maeda demonstrated once again how to seamlessly integrate references to different cultures and traditions in a way that felt highly modern and appealing.