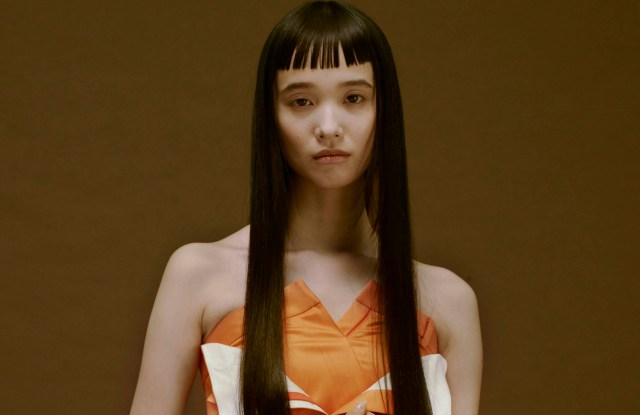 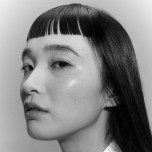 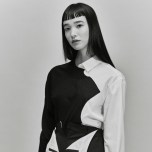 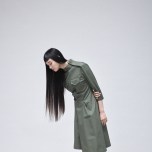 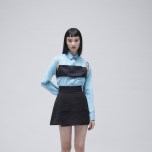 Sexy uniform dressing can sound like the calling card for a college Halloween party, but it was actually the aesthetic mood of Ji Oh’s sleek fall collection. Continuing upon a narrative of uniform dress, the designer focused less on schoolgirl, as she did for spring, and leaned heavily into workwear: think orange construction vests and utility boiler suits updated for a girl’s night out.

The concept wasn’t as out-there for Oh as it may sound. Sure, a thread of sexiness was also recently introduced in spring, but the designer often plays with men’s wear ideas in feminine ways. “It can be easily masculine, so I wanted to make it younger and fun,” she said of workman’s uniforms.

She played with color, a relatively new terrain, in ways that felt natural for the brand — like bright orange tapered pants and a sexy fitted dress, both adorned with multiple utility pockets. Derived from utility aprons, big pockets also topped chic tonal shirtdresses and the single jacket Oh cut in military green with a super fitted waist. An overall fitted silhouette was the foundation for making clothes sexier, such as short skirts and dresses with detachable straps, aided by asymmetric crop tops, the big open back of a tight jumpsuit, and sheer accents along the bust of shirting.

The most playful items were born from Oh’s creative impulses to experiment, and included a gender-fluid sweater-shirt hybrid and a shirtdress with trompe l’oeil denim skirt. The most lust-worthy items, though, were the “double shirts” featuring seamed outlines of a shirt atop a shirt, great for girls and guys alike.