For fall, the designer returned to his haute sportswear roots, full of cozy dressing classics, timeless outerwear and equestrian élan. 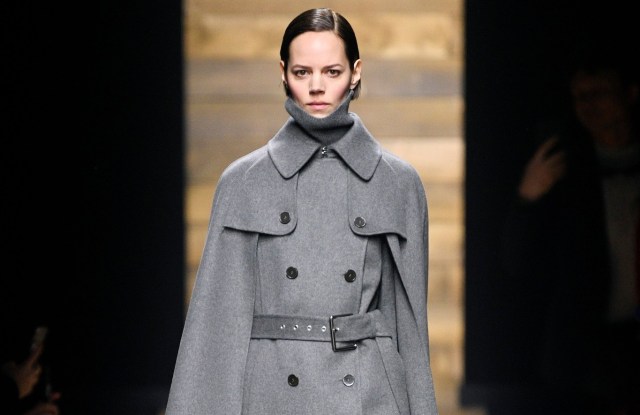 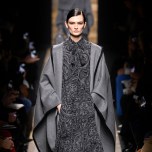 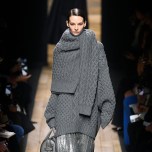 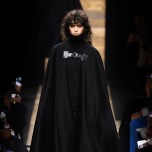 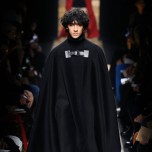 There’s been a resurgence in bourgeois style in the last couple seasons at Celine, Chloé, Hermès and Tod’s, but Michael Kors is here to say the Americans did it first. His fall 2020 collection was a return to his haute sportswear roots, full of cozy dressing classics, timeless outerwear and equestrian élan.

With masked singer Orville Peck strumming the heartstrings on his guitar (“I will always love youuuuu!”), the show was an intimate affair compared to the designer’s recent Broadway and Barry Manilow song-and-dance numbers, all the better to see the fit and finishings on a sharply cut wrap coat dress, or the leather lacing on a yummy hand knit Aran sweater and scarf.

“The best clothes are like a security blanket — somehow when you put them on you feel like you are ready to face the world,” Kors said during a preview, explaining how he’d been thinking about the meaning of luxury in uncertain times. “Luxury is longevity — the dress you dispose of after buying it for $12 to wear on Instagram, it’s time to move on.”

Kors leaned into the drama of well-made outerwear: a plaid wool melton cape coat and fringed blanket check topper made one want to cuddle, and a luxe-looking knitted shearling coat was not your mama’s chinchilla, but sure looked like it.

Tailoring had a relaxed swagger, on his and hers gray flannel belted wrap blazer and trousers looks, worn with lug sole shoes. And even when Kors did dressed-up sparkle, as on a gold fil coupe tie-neck cape dress, it telegraphed ease. In a nod to sustainability, he showed a black turtleneck smock dress made of recycled polyester and viscose, and covered in sequins made from recycled plastic bottles. “It’s a process,” he said of turning to more eco-friendly fabrications.

If his thoroughbreds did lack a touch of the glossy sex appeal they had in the days Cindy and Karolína were walking the runway, that’s because it’s a different time. Kors is set to celebrate his 40th anniversary next year, and he’s proven his ability to adapt to a changing world, from socialite to supermodel, celebrity to influencer, jet set to everyman, woman and they.

He’s onto his third generation of customers, and thinking a lot about his legacy. To that end, he reimagined an orange blanket stripe coat, worn on his runway in 1999 by Naomi Campbell, and on Wednesday morning by Kaia Gerber. The cape has quite a history as it turns out; Joan Didion saw it on Naomi, fell in love and bought it. The author sat for a Tina Barney portrait wearing the cape, and that photo hangs in Kors’ home, “a trifecta of heritage,” he said.

The men’s wear, as limited as it was, perfectly complemented the women’s offering with its cozy, elegant aesthetic that was most reflective in the corduroy puffer coat, belted suit and standout double-face melton wool overcoat.

Kors referenced himself in his and hers looks, reaching back to his very first show, for the fall 1984 season, which he opened with a guy and girl wearing the same cashmere jacket and pants. (The men’s iteration was purchased at Maxfield by no less than Barbra Streisand, he shared.) “When I first did this, I was a fish swimming in the wrong direction,” he said of the prescient outlook on gender. “Now, when you talk to anyone who is young, it wouldn’t cross their minds what’s for men and what’s for women.”

He isn’t sure yet how he’ll celebrate the milestone of his 40th anniversary in business. (He recently spent his 60th birthday in a bathing suit floating in the South Pacific.) “It’s an achievement, but at the same time I still feel like a kid,” said Kors, who is in the process of trying to hunt down some of his archival pieces. When it’s suggested his mom Joan might have a trove, he responded, “Are you kidding? Her closet is a black cashmere hole.”

Joan is a uniform dresser. But her cats? Not so much. “You can’t imagine the amount of clothes she has for them. Most cats hate putting things on, but they are so docile! They have New Year’s Eve dresses and Valentine’s outfits!”