Ten seasons after his passing, one thing is certain: Monsieur Alaïa was a couturier who had ideas to last several lifetimes. 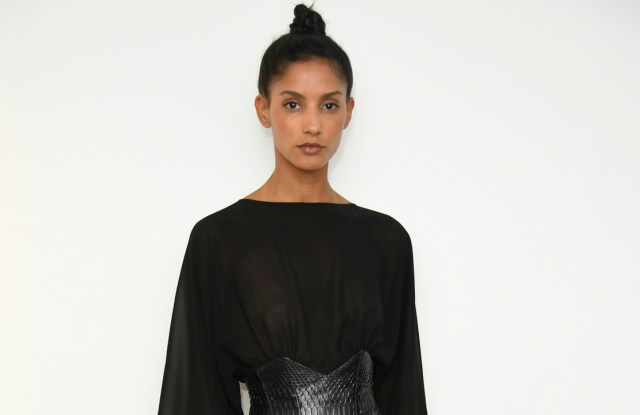 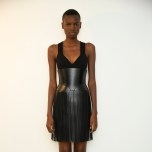 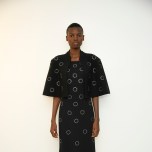 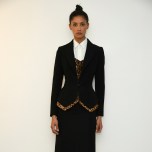 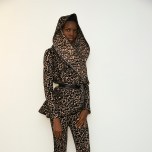 Time was important to Azzedine Alaïa. He rejected the forced march of fashion’s calendars, famously saying that he’d show when he was ready, and had long conversations with friends on the subjects (a selection of these have been collected in a book, “Taking Time,” to be published by Rizzoli on March 31).

But eventually, time ran out, leaving designs unfinished. One form-fitting fringed jacket finally found its way into this fall’s collection. “I kept seeing it and would ask him time and again. He always said ‘leave it for the next collection’,” recalled studio director Caroline Fabre Bazin. Ten seasons after it fell to his trusted team to continue his work, one thing is certain: Monsieur Alaïa was a couturier who’d had ideas to last several lifetimes.

Among the standouts of the season: a coatdress that featured individual knife pleats that had been individually cut and sewn flat; corsets in various guises, from fringed leather to full-length mermaid jersey skirts; floor-skimming velvet dresses in jewel tones; sunflower prints that continued the nod to Cristòbal Balenciaga; a long sheath with a spiraling metal trim that nodded to his iconic zip-around dress; a gown made of a leopard print jersey bodysuit that flowed into a chiffon skirt. A deceptively simple diaphanous batwing dress, with a python waist-cincher, arrived straight from the atelier and was a showstopper.

By the end of the appointment, another thing was emerged. Given how seamlessly Fabre Bazin has woven together the ideas that she feels best represent the Alaïa vision across new designs, re-created Editions and Editions Limitées semi-couture, the house that feels very much alive and of its time.