Tactile tailoring, refined knits, floral cheongsams and boudoir-inspired extras made for a pitch-perfect mix of ease and elegance. 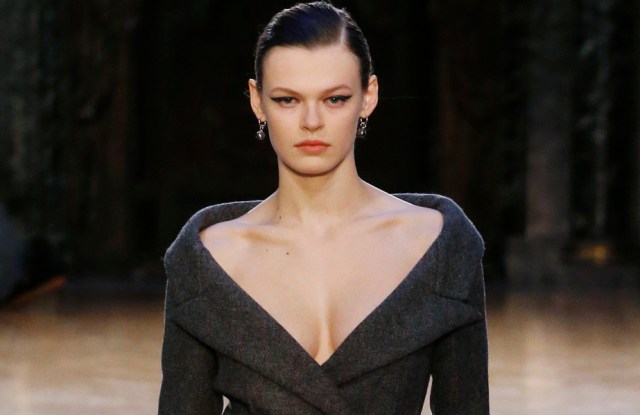 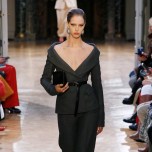 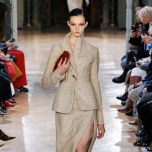 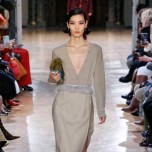 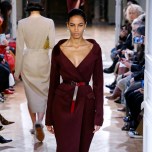 A lot of designers speak about wanting to design intimate, personal clothing. But with Joseph Altuzarra’s fall collection, it was the real deal.

He was inspired by a box of clothing he excavated from his grandmother, Jenette Wei, now 89, who sounds like she is one glamorous lady. Originally from China, she immigrated to San Francisco in the Forties, and by the Fifties had been named Miss Chinatown.

“This collection is, I don’t like to say ladylike, but has a streak of traditional femininity that’s being distorted through fabrication, wrinkling and creasing, mixing masculine elements and really paring things down,” Altuzarra said during a preview.

The result was a pitch-perfect mix of elegance and ease, with tactile tailoring, refined knits, floral cheongsams and boudoir-inspired extras, like a divine marabou feather purse pet.

Cheongsams were left unbuttoned at the shoulder for a smidge of seduction, and worn with fuzzy feather slippers after grandmother Wei’s. (Fun fact: The dresses actually have double collars, both Mandarin and Western, so you can wear them buttoned up or open.)

Knit dressing was another through line, with cardigan and skirt sets in saturated, painterly dip dyes, and body-con, silver ribbed Lurex knit dresses with rows of covered button tracing the curves.

The real showstoppers, though, were crinkled metallic silk suits and dresses, which charmed with a sense of sweet nostalgia. “What is not disposable are things that have sentimental value,” explained Altuzarra. “I’m attracted to the idea of things that show age.” God bless him.