The label introduced a fresh version of its vinyl jacket, with a ballerina-like criss-cross front in a soft lilac hue. 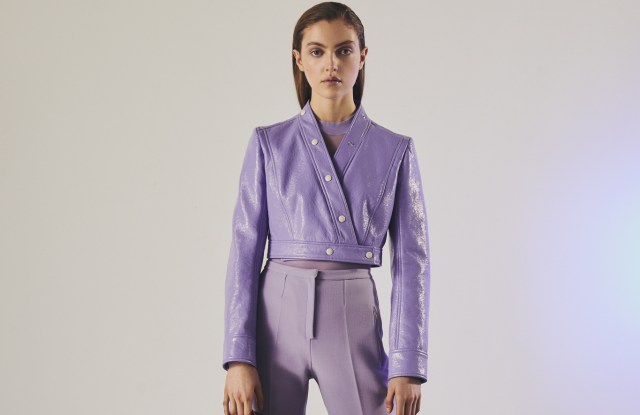 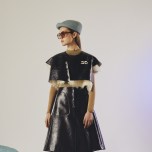 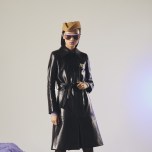 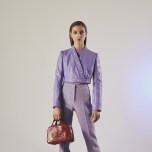 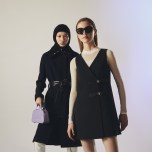 Things are being reshuffled at Courrèges following the departure of creative director Yolanda Zobel at the beginning of the month, but some stayed pretty rooted: vinyl featured heavily for fall 2020, the designer’s last collection for the house, as did sustainability, an angle that Zobel strove to push at Courrèges.

In a collection inspired by images of French women from the Seventies, the label introduced a fresh version of its vinyl jacket, with a ballerina-like criss-cross front in a soft lilac hue. It was created in renewable polyurethane made from natural ingredients, coating an organic cotton base. Paired with dressy high-waisted trousers, the effect was sweetly ladylike. Graphic tights and body-con jerseys added a bit of fun to the dressed-up looks, while a yellow sponge sweater and sweatpant combination hinted at the house’s sports connection.

The outerwear was this collection’s strong point: a pale green cotton bomber jacket as well as a long belted dark brown trenchcoat were updated versions of house classics. It was a palatable, very much wearable collection, but it lacked the roughed-up touch that has become synonymous with Zobel’s tenure at Courrèges. It read as a direct translation of the house’s heritage, with a couple of staple pieces to satisfy die-hard fans. Zobel’s successor will have to decide if a warmed-up version of the house’s history is creatively fulfilling enough, or if an entirely new direction is needed.