As the house prepares to open a shop-in-shop at Bergdorf Goodman, Daniel Roseberry brings fresh focus to its ready-to-wear. 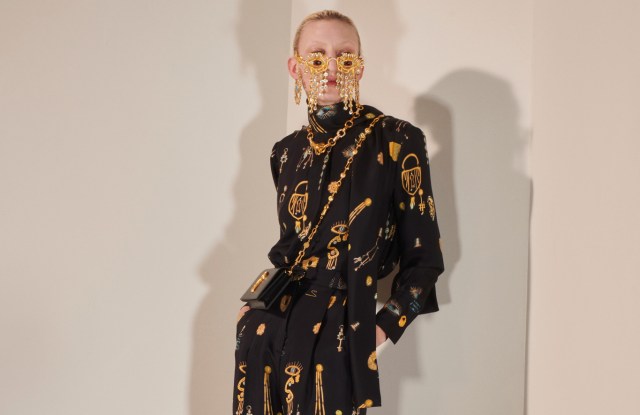 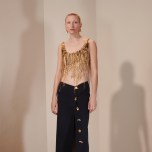 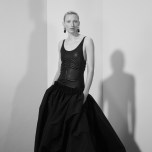 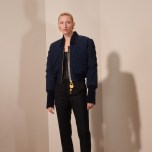 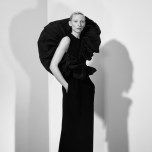 Since his ready-to-wear debut for Schiaparelli last season, Daniel Roseberry has been cleaning house.

To begin with, he gave the French maison’s salons on Place Vendôme a small facelift, filling the soaring rooms with modernist furniture from the Thirties and Forties — both as a nod to founder Elsa Schiaparelli, and as a taster for the Schiaparelli shop-in-shop that will open at Bergdorf Goodman in June.

He’s also tidied up the collection, which is looking a lot more New York-friendly. Out with the Technicolor sunset embroidery, in with navy and black, the better to set off gold jewelry buttons and keyhole details. “All of the wardrobe staples are here,” said Roseberry, rifling through racks of white shirts, slouchy suits and LBDs.

That’s not to say the clothes are basic. Everything is informed by the haute couture line shown in January: For instance, there’s a version of the blue leopard print jacket recently worn by Cate Blanchett, minus the bugle beads.

The Surrealist jewelry unveiled on the runway has been developed into a full accessories collection, and also inspired the print on a cool black blouse and pants. Other items range from sporty — think a navy bomber jacket with a quilted skeleton motif — to red carpet, with streamlined versions of his signature big-volume gowns.

Schiaparelli is planning a series of trunk shows for the new collection.

“When we’ve talked to really special stores in L.A. or in Dallas, they’ve said, ‘The women who are buying these collections, they’re looking for something that none of their other girlfriends have.’ And that’s the niche that I want to be filling, is doing something that feels so exclusive but still attainable,” Roseberry said.

Since it was revived by Italian entrepreneur Diego Della Valle in 2013, Schiaparelli has struggled to find the right formula for its ready-to-wear, which was previously divorced from its made-to-measure creations. Roseberry’s streamlined approach is giving the house a clean slate.