Idris Balogun used his sharp, Savile Row tailoring skills to draw up a lineup of easy, neutral-colored staples that carried a streetwise allure. 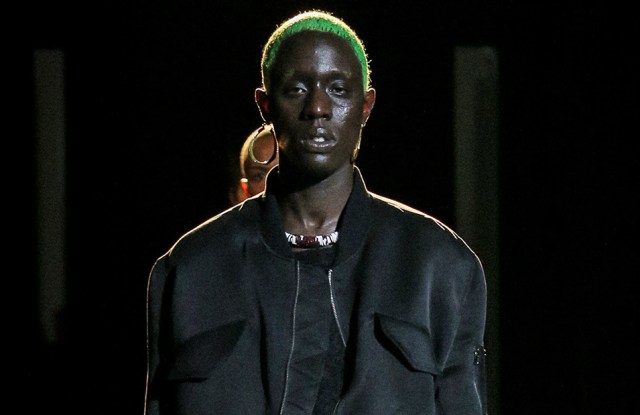 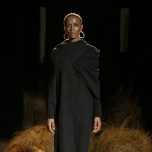 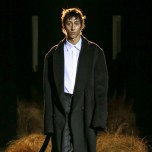 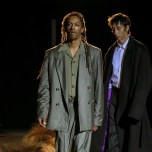 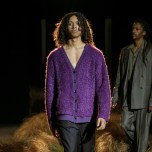 Inspiration came from Egungun festivals in Nigeria, which the New York-based designer witnessed as a child, where elaborate, homespun costumes served to expand people’s personalities, and pay homage to ancestors. His ode to the spirit came in the form of extra movement, and he played around with the cummerbund, poking it through a horizontal slit on a tuxedo, while the sleeves of a long, ivory dress could be scrunched up the arm sleeves for a ruching effect or wrapped around the body.

The unisex nature of his designs just “kind of happened,” he said backstage before the show. He once noticed he had designed a jacket he could picture his girlfriend wearing but also himself. “There’s something romantic about that and very relevant,” he said.

His Nigerian father wore dresses — though they weren’t called that — which Balogun associates with a relaxed casualness rather than something androgynous. Here was the strength of the collection — the clothing felt natural, and looked cool, no matter who wore it.