Look out Paris, the original champion of upcycling and diversity is back in town. 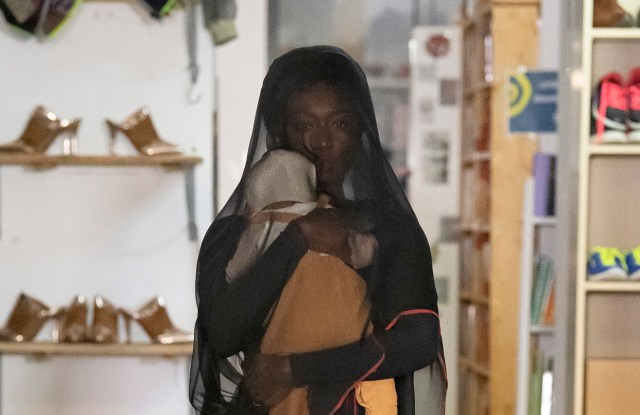 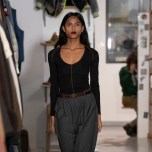 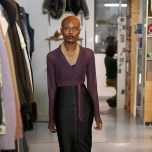 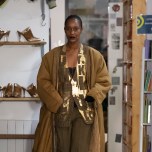 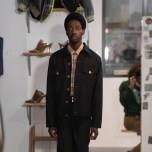 Lamine Kouyaté was making sustainable fashion and championing diversity long before it became a thing. The cult Nineties designer, who originally hails from Mali, returned to the Paris runway after a 15-year hiatus — he had a three-year stint showing in New York — chose as the venue a charity shop, the shelves groaning with mismatched crockery and secondhand books.

Rossy de Palma and Michelle Elie, both fixtures at Xuly Bët back in the day, walked the runway. Kouyaté paraded a coed collection combining his signature body-con — patchworked together with red stitching, the wrap ballet cardigan a recurrent style — with denim, puffer jackets and upcycled check suiting splashed with block lettering in gold. Tailored pieces and crisp white shirts were styled under stretch cardigans, and boxy jean jackets with big metallic buttons.

It read like a celebration of eclectic street style — the kind not dominated by giant logos and broadcast on Instagram, but that people might wear on the street. “It’s about youth, about the future,” the designer said after the show.

Kouyaté may be largely unfamiliar to the younger set, but he already knows the ropes, and given the increased exposure of African designers and sustainable fashion in Paris in recent seasons, the moment may be opportune to seize the Zeitgeist once more. “We’re not here just to play a figurehead, we want to be a player in the sector,” Kouyaté said.