The season was an ode to all things Y/Project, including the diffuse historical references that are the bedrock of Martens’ constructions. 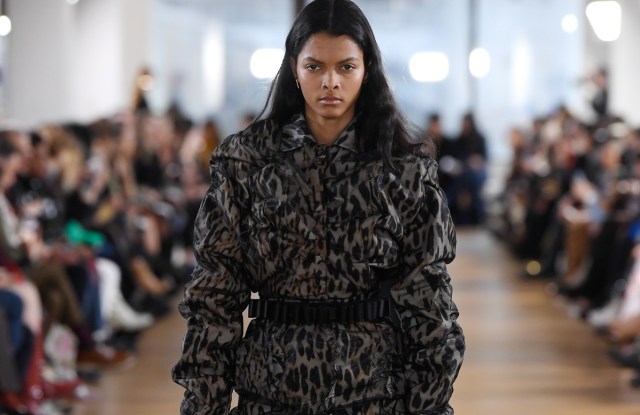 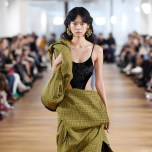 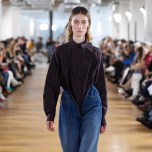 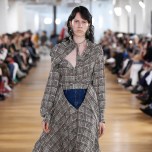 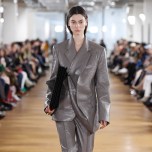 “If you’re going to have another show six weeks after men’s, you have to have passion,” Glenn Martens said after the Y/Project women’s collection, paraded to flamenco singing, which he’d chosen for the vibrant passion it elicits.

Passionate about the brand, he is. The season was an ode to all things Y/Project, including the diffuse historical references that are the bedrock of Martens’ constructions. The bodysuits seen throughout, for example, cut high on the leg, took cues from the Elizabethan corset and its exaggerated line.

The Belgian designer moved in a more tailored direction, adding his distinctive voice to the sartorial conversation with multilapel blazers, elongated garments that needed to be folded onto themselves in order to be worn. These weightless layers, falling slightly differently every time you put them on, are his idea of personalization. The brand, he said, had always hinged on being able to create “not an army but diversity.”

Then, those trousers. This season’s spin on his now signature V-cut waistband was a high-waisted black denim version with an integrated G-string that was paired with an abbreviated snake print bodysuit. The look will no doubt find its way on some attention-seeker looking to score social buzz. For those who want to dabble, Martens also made easier versions made from tailored slacks, or even out of straight skirts — he promised they’d come with matching cycling shorts for the more demure wearer.

There’s a lot to be said about marching to the beat of one’s own drum, and there’s no doubt Martens has put Y/Project in a sweet style spot thanks to buzzy silhouettes that kowtow to no one influence. But this show didn’t produce the bone-deep thrill that Y/Project normally elicits.