Since the launch of his e-commerce site, Jeffrey said he enjoys crunching sales data to understand what his customers really want. 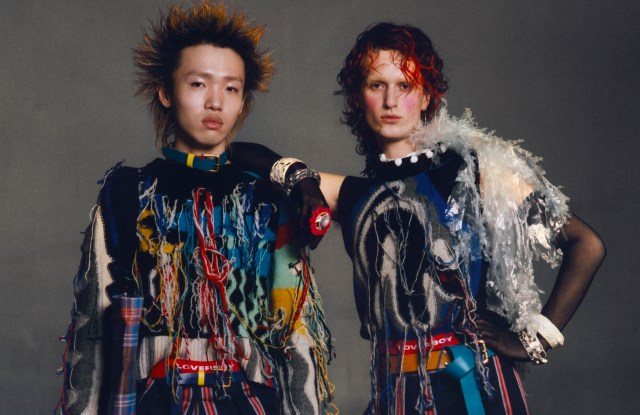 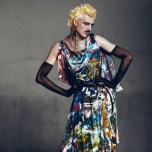 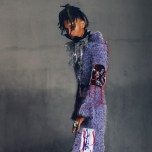 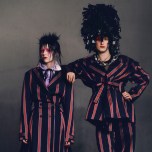 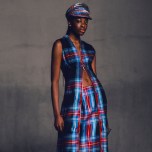 Charles Jeffrey looked straight into the darkness for his latest collection. “It’s a moment of reflection and accepting the fact that…sometimes you have these sh—y feelings,” he said.

During the third lockdown in the U.K., Jeffrey said he was drawn to the darker works of Dr. Seuss, known as “Midnight Paintings,” as well as to David Lynch films. “It’s really nice that he was super-positive, and the fact that he was doing all these dark, twisted characters kind of resonated with me,” he explained.

Jeffrey said he built his collection around the idea of “the gloom in this nether space, sort of the introspective limbo we all in, where every day is the same.”

As usual, he referenced east London club culture, and assigned each of his models a fully formed character. Each stood still as if meditating, or holding their breath.

Fall 2021 is one of Jeffrey’s most commercially viable collections yet. There were plenty of cute sweaters and bucket hats with Loverboy logos, distressed and colorful denim pieces, outerwear and knitwear printed with screenshots of a film that the designer made.

He said that since the launch of his e-commerce site, he’s been enjoying crunching sales data to understand what his customers want.

“I would never make something that I wouldn’t want to wear myself,” said the designer, adding that even if he does put on theatrical productions with narrative-based showpieces, he’s interested in wearability, and wants to respond to customers’ needs.

Contrary to his initial predictions, the bestselling items on his site are not jerseys or T-shirts, but tailoring, knitwear, tartan items and beanies with animal ears.

“The funny thing is that we sell out of the beanies every time we put them on the site. I never thought that would be my thing. People keep calling, emailing and asking me when I am restocking them,” he added.

Jeffrey said he is looking to expand the category, and offer more items with animal and kawaii features, such as the bear-shaped backpack in this collection, for his fast-growing customer base in the U.S. and Asia.