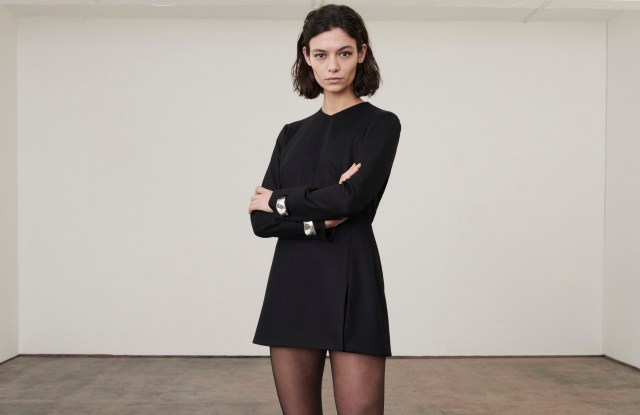 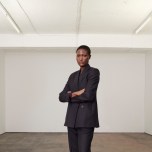 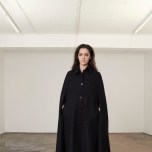 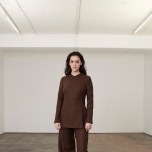 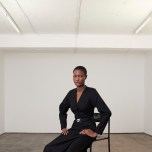 Up-and-coming designer Eftychia Karamolegkou has been quickly building a name for her sharp, men’s-wear-inspired tailoring. But during a year of change and emotional struggle, the Greek-born designer was ready to see “the Eftychia woman with new clarity and in a new light.”

This longing to start fresh translated into slimmer suiting; loose shirts that wrap around the body; and a series of more traditionally feminine garments like pencil skirts, a soft, cocooning cape, or a little black dress that can be worn over trousers. It was a softer, more sensual take on tailoring — yet just as desirable as the more expansive, mannish silhouettes the designer first became known for.

Elsewhere, Karamolegkou got a bit more experimental with fabric and silhouette and showed just how skilled of a tailor she is, with some striking bronze shearling jackets or outerwear featuring layered lapels to give the illusion of two coats being worn at once.

Her experience of designing in isolation and seeking change was channeled into a short film dubbed “Life Before Birth” and zooming into mundane, domestic moments: An egg cracking, a mirror breaking, the light reflecting off a mirror. “Sometimes things must be broken to come back together,” the designer mused.