The brand pays tribute to China's martial arts culture by hanging models in the middle of the air by wire. 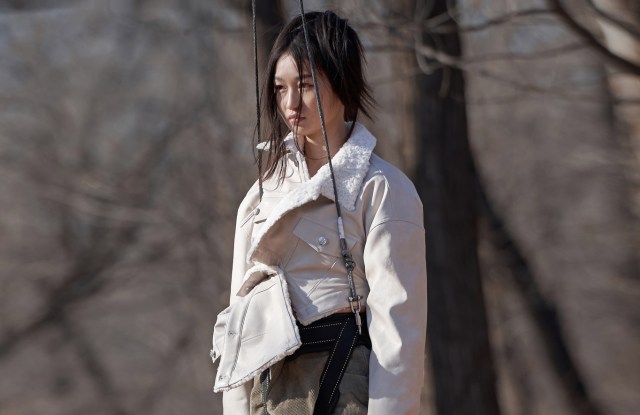 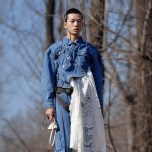 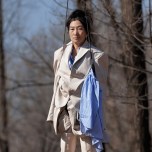 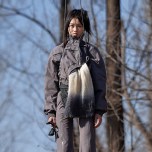 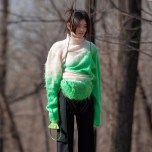 Tim Shi and Wang Wei of Chinese fashion label Marrknull paid tribute to China’s martial arts culture in their fall 2021 collection video by suspending models in the middle of the air using wire, a technique for fight scenes made popular by Hong Kong action cinema. The collection continued to explore the evolution of clothing in different eras of China, from previous dynasties to contemporary China under Mao’s rule.

The look: The collection resembled a modern version of Ang Lee’s Oscar-winning film “Crouching Tiger, Hidden Dragon,” where characters fly around in battle scenes. But in Marrknull’s world, they wear multifunctional clothing and carry mini bags as their fashion weapon.

Quote of note: “We try to use colors and fabrics with a calm, slightly faded, and worn-out effect. And we are hoping to find a touch of nostalgia in the slightly magical time travel experience,” the duo said in a statement.

Standout pieces: The last eight looks in the collection. Each gender-fluid look is constructed with three different styles of top stitched to the waist, while sharing the same bottom half, so that one piece of clothing can be worn in three ways.

The takeaway: Only someone who has binged on martial-arts films during lockdown can come up with something as interesting as this.