Natasha Zinko and her son Ivan wanted to channel a sense of rebellion and freedom from social conventions, for fall 2021. 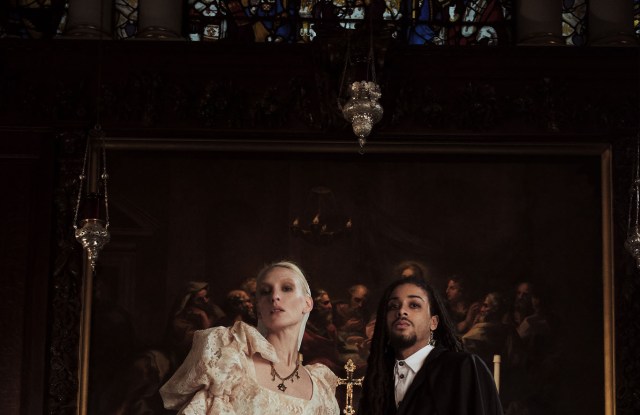 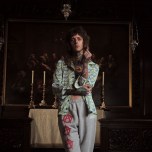 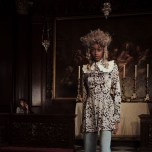 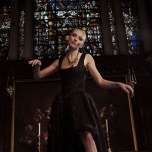 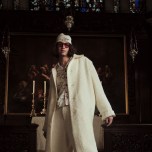 This is the third and final chapter of Natasha Zinko and her son Ivan’s “Sober” trilogy: Ever since the start of the pandemic, the mother-and-son design duo began to use the “sobering moments” the world has been facing as a springboard for design inspiration.

It started with spiritual sobriety; moved to sobering up and facing your fears, and now the pair turned to “sobriety from society,” by looking at rebels and anarchists from across the centuries and mulling over the idea of free thinking.

“It’s about thinking for yourself and when something isn’t right saying it out loud, not being drugged by others’ opinions,” said Ivan, who has been getting more involved in the design process in between online classes by injecting the strong-minded, anti-establishment spirit his generation is known for into the clothes.

There was a mish-mash of references, ranging from the French Revolution — loosely translated into mini-French maid uniforms — to Princess Diana, daisy prints that pay homage to the hippies and some humorous sheep prints, which always featured a single smiling, multicolor sheep standing out.

The collection equally mixed and matched men’s, women’s, formal and casualwear: A male model wore a corseted top with a pair of loose terry shorts; a bridal-inspired tulle and lace dress was paired with Zinko’s signature cozy slides, while a delicate black lace see-through dress was preceded by fleece co-ords that could easily double as pajamas on a cold winter night.

It certainly captured the unconventional, mix-and-match approach to work-from-home dressing both men and women have been adopting, as well as the current craving for freedom in all shapes and forms.

“It’s a statement about being yourself. Staying home and all the introspection we’ve been doing really enhanced this,” said Natasha, who is herself throwing all rules out the window and embracing her creative whims more than ever before.

Her new, unapologetic approach might not be for your average joe, but it will definitely speak to her growing niche of clients who love comfort and street wear as much as a good Instagram moment.