For fall, designer Jeannine Braden offered a collection that is "Queen's Gambit" meets checkerboard skate with a Cali sense of humor. 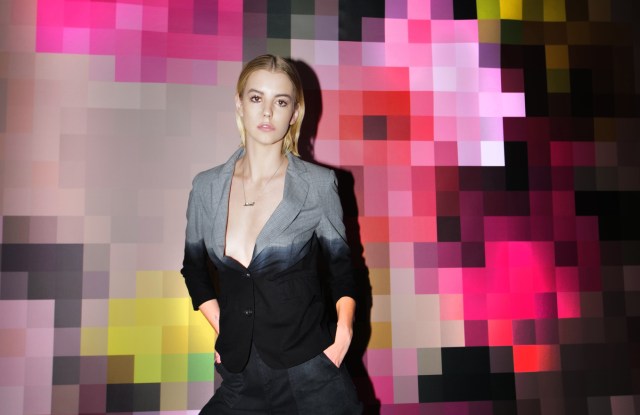 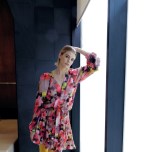 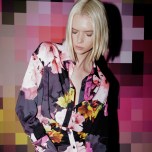 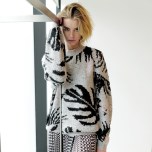 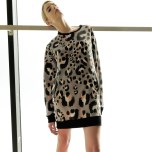 It’s the vision of Jeannine Braden, who has been a fixture on the L.A. style scene since the 1990s, when she started as a music video stylist (she and Belinda Carlisle were roomies), before launching into retail with Fred Segal Flair, opened in 1992 in the now-defunct Fred Segal Santa Monica.

In her influential store, she merged laid-back Venice Dogtown style (Vans checkerboard slip-ons, baseball T-shirts) with luxury labels such as Chloé and Stella McCartney, helping to define the high-low California look that now defines her own label.

For fall, she took that sensibility somewhat literally, playing with graphic black-and-white checks mixed with digitized floral prints (“I feel like we are all living digital lives now,” she said) on casual T-shirts and cargo jackets, as well as dressier offerings, some with a touch of sequin and marabou feather glitz, that still look right with a pair of sneakers.

The look: “Queen’s Gambit” meets checkerboard skate with a Cali sense of humor. (Graphic Ts say things like, “It is what it is,” and “Past, Present, Future But Stay Present.”)

Quote of note:  “This is a true aesthetic to us, so it wasn’t that hard,” she said of fashion’s great pivot to casual and comfort wear. “The East Coast has a harder time acclimating to what California designers have been doing for a long time.”

Standout pieces: Black-and-white mixed checkerboard pleated midi-skirt; black-and-white checkerboard sweat suit with sequin elbow patches; tropical floral French terry minidress with marabou hem; sequin-trimmed camo jacket; novelty knitwear. “If I go into my buyer’s head, I’d be investing in knits right now — I feel like they have longevity, can be worn multiple times, are fun and statement making,” Braden said of her focus on the category, including a checkerboard cashmere sweater, a pyramid and eye intarsia “Meditation” blanket cardigan, as she calls it, and a graphic zebra print pullover.

Takeaway: Le Superbe hits many of the right notes for right now–it’s wearable, accessible, cheerful and doesn’t break the bank.