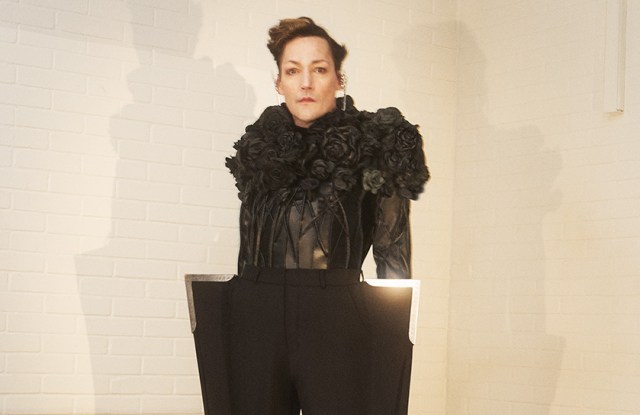 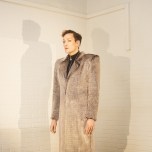 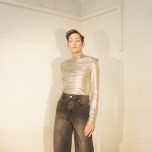 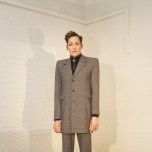 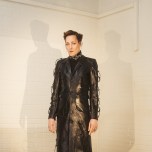 Why play it safe when you can play it different? In a daring choice, Danish designer Jannik Wikkelsø Davidsen ditched runway walking and detailed close-ups in favor of storytelling for his coed video presentation. Teaming with compatriot photographer and director Casper Sejersen, he opted for a theatrical performance of actor Ulrich Corvisier in “The Rose Elf,” one of the lesser known fairy tales by Danish author Hans Christian Andersen.

In a poignant interpretation, Corvisier played both the narrator and characters in the tale, which was selected by Wikkelsø Davidsen for its dark yet romantic plot mixing love, revenge and death.

While one could only glimpse only a handful of looks in the moody film, the presentation successfully managed to telegraph the mysterious, dramatic soul of the collection.

Luckily, Sejersen photographed the looks in bright light, better revealing the exaggerated proportions and 3D embellishments. The square shoulders of boxy suits were delineated by metal corners, while barbed wire-shaped ornaments covered leather coats and biker jackets. Roses were another recurrent motif as print and as appliqués on shirts and dresses.

“These are all things that hurt a little, but are still beautiful,” said the designer about his embellishment themes. Kudos to Wikkelsø Davidsen for having found his creative sweet spot, even in dark times.