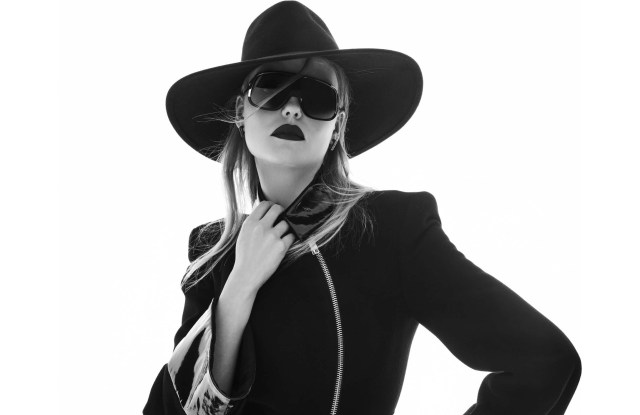 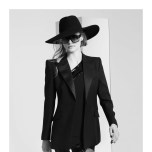 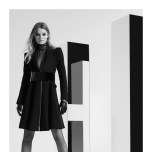 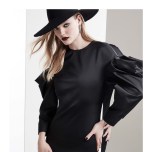 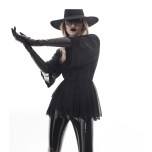 Experimenting with the coed approach, designers Tom Notte and Bart Vandebosch anchored the collection in key sartorial elements but injected urban functionality in the men’s range and a glam spin in the female counterpart, which was filled with party wear options.

For men, the designers generously deployed leather and hardware details to toughen up coats and blazers belted with nylon pouches, while puffer jackets, windbreakers and parkas worn with cargo pants added to the sportier drift from formalwear.

Yet it was knitwear that stood out, both for the big volumes of sweaters and cocooning blankets and for the white and cobalt blue shades that popped up in the black sequence.

On the other hand, the designers kept things monochromatic for women and played with textures such as sequined velvet, leather and vinyl. Tuxedo jackets with satin lapels appeared over sheer shirts and minidresses, while cutouts gave a sensual twist to sequined blazers and knitted frocks.

The dark filter blurred the stylistic differences, but the designers still need to find a balance between the two worlds: with “les hommes” engaging in urban adventures and “les femmes” partying at night, there’s little time for the two groups to meet and cement their relationship.