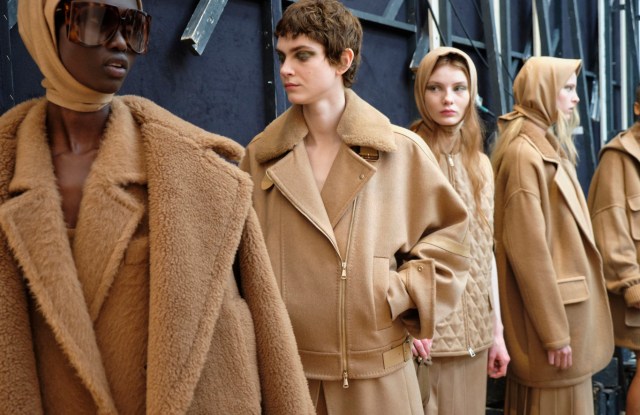 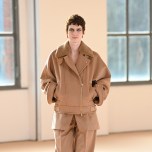 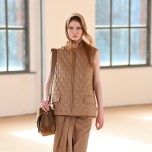 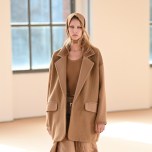 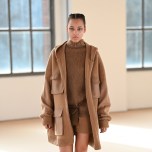 A digital jubilee in Max Mara style: For the show marking its 70th anniversary, the brand transformed a room of Milan’s Triennale design museum to resemble London’s Regent Street during festivities, with heraldic flags hanging from the ceiling. The runway show, which opened with a celebration of the house’s signature color, included the mock coronation of a Max Mara queen, who received a camel coat in lieu of a crown. This gesture announced the British theme of the collection and symbolized the practical spirit of the company that Achille Maramotti established in 1951 to dress real women.

Continuing to embracing that original intent, creative director Ian Griffiths designed an anniversary collection that, while celebrating the brand’s roots, didn’t leave room for nostalgia. Indeed, here was a Max Mara collection that was refreshing in its modernity and playfulness, with a rich offering of new items like bomber jackets and waterproof outwear, and a more decorative spirit. Wanting to pay tribute to the animals offering the noble fibers that Max Mara employees use to craft its luxurious garments, Griffiths commissioned a range of micro foulard motifs depicting adorable alpacas and camels, which were printed on silk interpretations of kilts, as well as on the headscarves worn in Queen Elizabeth II’s style.

The Queen — and also the rebellious look of late supermodel Stella Tennant, who walked several Max Mara shows during her career — influenced the countryside vibe of the collection, which feature a range of Aran sweaters, hunting jackets, quilted vests and equestrian capes. More quintessentially feminine touches were introduced via silk blouses with delicate ruffles, while for the evening, Griffiths presented an irreverent corduroy version of the classic tuxedo that Tennant would have certainly interpreted in the most beautiful way.