Creative director Walter Chiapponi said he was looking to infuse “more creativity and eccentricity than ever” into the collection and he added new and unexpected details to Tod’s core accessories and to the clothes lineup. 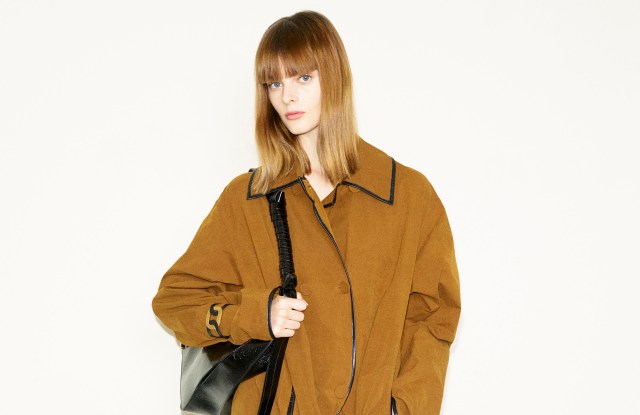 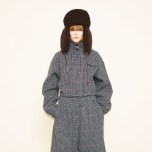 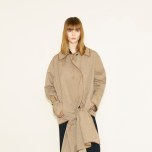 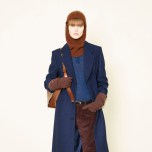 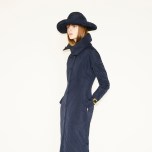 Tod’s creative director Walter Chiapponi wants “to respond to this moment with culture, sophistication, elegance and glamour,” and for the brand’s fall collection, he admitted he was looking to infuse “more creativity and eccentricity than ever” into the lineup.

And so he did, as he added new and unexpected details to Tod’s core accessories and to the clothes, with extreme silhouettes — even supersizing the brand’s signature gommino pebble-sole.

Ruffles added a feminine touch to the collar of a leather trimmed trenchcoat and bows embellished a blouse that had what the designer described as “a balloon shape with a ’50s couture silhouette.”

Chiapponi injected a playful attitude that revisited the Milanese, ladylike bourgeois image. In fact, the designer admitted he was also inspired by Luis Buñuel and his 1972 film “The Discreet Charm of the Bourgeoisie,” or Catherine Deneuve in his 1967 “Belle de Jour,” but the imagery also went back to Irving Penn and Helmut Newton.

Case in point, a bon-ton, body-hugging little back dress revisited in quilted nylon.

Swatches from Mackintosh trenchcoats were reassembled in a patchwork skirt suit and a napa puffer showed an unexpected color palette — as in canary yellow — and a ruched collar. Chiapponi quilted and padded cropped leather duvet jackets and he reprised the polo shirt theme he explored for Tod’s men’s fall collection by turning the staple design into a dress or a bodysuit.

For the first time, Tod’s introduced transparency with batiste cotton blouses or skirt, but Chiapponi stayed away from overtly sexy looks, as these were rather more romantic. The accessories offer was strong, with a soft and quilted hobo bag, the Oboe or sheepskin hats and bags. A decorative, flat golden chain replaced a shoulder strap on a bag, adding a jewel-like detail to the accessory.

All displayed the T logo, which also stands for Timeless — a clear aspiration for Chiapponi.