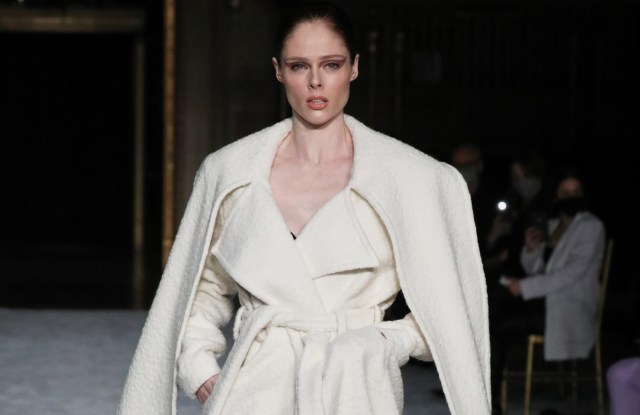 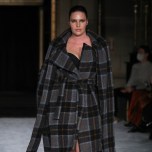 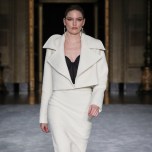 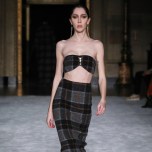 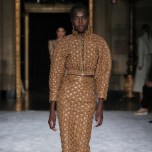 “If we’re going to do it, we might as well do it,” Christian Siriano proclaimed backstage, following his spectacular live runway show — his second during the pandemic. Similar to the designer’s spring show held at his Westport, Conn., home, fall was truly a dreamy delight — full of drama, optimism, fantasy and glamour.

“Christian Siriano’s live show felt redemptive, a wonderful expression of normalcy at this awful moment. Make that pretend normalcy — wonderful still — because so much of it was really not normal at all,” Bridget Foley wrote about the designer’s spring event. With a brighter future on the near horizon, Siriano’s fall spectacular resonated even more.

Inspired by his first trip to Aspen, Colo. — a recent jaunt to visit family for the first time in a year — Siriano dreamed up another world, centered around the idea of what fashion can be (and certainly was), rather than what it is in today’s climate. The power of fantasy was alive and thriving within the walls of Midtown’s Gotham Hall, where the designer hosted 61 socially distanced, masked guests.

“You’re up there and feel you’re in another world in the mountains,” he explained, “I think my idea was, ‘You’re in this other place and what if there was this secret colony of people still going to parties — how would they dress?’ That’s why we started with that kind of lodge-y feel and transitioned into what happens as the sun sets over the mountains, it’s insanity.”

The show started with intimates-clad models — Coco Rocha, Candice Huffine, Teddy Quinlivan and Martha Hunt — lounging on beds (provided by Beautyrest). As the lights went up and “Stay Closer” by Zhu bumped through the speakers, each model plucked her Siriano look off adjacent clothing racks, dressed and took to the runway.

Through a partnership with ThredUp, the designer also debuted two thrifted, sustainable designs for the first time, including an upcycled version of a six-season-old dress Siriano found through the website. The new looks — a black fringe coat and hot pink, silk crepe frock — were each decorated with a small coat-hanger patch, signifying the partnership.

“I’ve never put anything used [on the runway],” Siriano quipped, “It really taught me to rethink how clothes can be worn…that was really important. I want to do that more and more.”

Rocha closed the show in an all-black number (surely a future red-carpet hit) with pouffed sleeves and heart-shaped skirt. From beginning to end, the energy within Gotham Hall was reinvigorating. Siriano proved once again — even if for an hour — the feel-good power of fashion.

“It’s just time for something that feels a bit luxe because we’ve all been in something that’s not luxe,” he expressed. “Even the girls that work for me, they all got dressed up. They never get dressed up and are all in gowns! It’s hilarious — everybody needed some fun.”