Hillary Taymour used 1990s-era "Animorphs" and The RealReal to put together her smile-inducing fall collection. 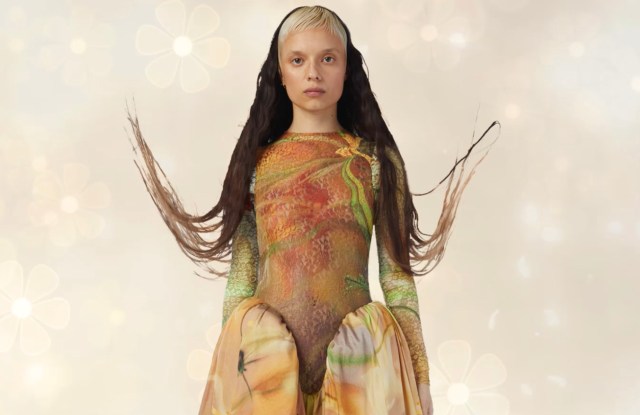 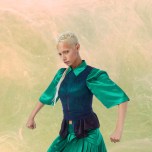 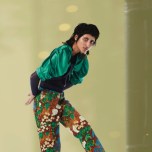 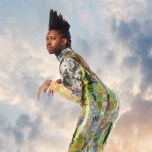 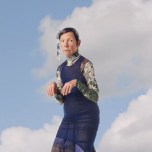 While some may be missing the ritual of in-person runway shows at fashion week, Collina Strada designer Hillary Taymour is not one of them.

“It’s more freedom to be as truly weirdo as possible,” she said of the creative opportunities opened up by the digital space. This season she really ran with it, presenting a high-octane, music-video-style short film, inspired by the trippy Nineties-era “Animorphs” fantasy book series by K.A. Applegate.

Taymour and collaborator Charlie Engman teamed with David Mattingly, the artist responsible for turning kids into animals on the “Animorphs” book covers, and editor Freeka Tet used computer-based techniques to transform models into all kinds of creatures, including some not in the natural world but that they wish were, like a frog-parrot, horse-dog and cobra-kitten.

It was a blast — including the new eco-version of the Lit song “My Own Worst Enemy” that accompanied it.

Entertainment value aside, it’s easy to see how “Animorphs” would appeal to Collina Strada’s 1990s-nostalgic, sustainable, arty, community-based brand values (models were age, gender, ability and size inclusive). For fall fashion, that vision translated into a smile-inducing offering of wild-printed leggings, second-skin T-shirts and corset tops; groovy floral pants, tie-dye jeans and squiggle patterned sweats; a jade green draped satin pleated skirt and camp shirt, and an airbrush floral printed bodysuit that morphed into a ballgown, all of it made from deadstock fabrics as well as unsold merchandise culled from resale giant The RealReal.

“I’m the first designer to work with their leftover pieces that they own,” said Taymour of the treasure hunt that sent her digging in The RealReal’s New Jersey warehouse, which she describes as being as big as “multiple airport hangers.” The resulting one-of-a-kind looks will be sold on the e-commerce site, alongside some of Collina Strada’s archives.

“It would be selfish to not continue,” Taymour said of her sustainability stance, which she intends to honor even as the brand grows. “I am not chasing after every store to sell merch, it’s about being a healthy business and creating projects we can have fun doing without overconsumption.”

The brand was in the international spotlight in November when Alessandro Michele chose it to be part of his GucciFest showcase for emerging designers. “It was an industry cred stamp of approval,” said Taymour, whose fall collection should be another boost.

Now, she and Engman are focused on translating buzz into business, with several collaborations rolling out for 2021. Gotta keep on animorphing.